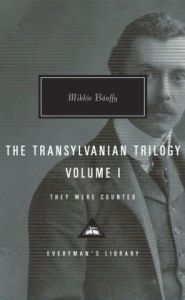 I sat around till 2 p.m. happily reading Miklós Bánffy’s They Were Counted, the first volume of The Transylvanian Trilogy.  Then I rushed outside, took a long walk in the beautiful fall light, and thought about this brilliant novel.

Count Miklós Bánffy (1873—1950), a Hungarian politician, diplomat, playwright, and novelist, wrote The Transylvanian Trilogy in the 1930s.  Set in the last years of the Austro-Hungarian Empire, They Were Counted shines with vivid descriptions of parties, balls, hunts, gambling, politics, and adulterous love. The urgency of the narrative is reminiscent of Tolstoy’s War and Peace: one reads on and on, never thinking about the length.

One of the protagonists, Count Balint Abady, is an intensely honorable politician and landowner who takes scrupulous care of his estate, camps on the mountain with his men to teach them forestry,  intervenes in a village feud with a moneylender, and takes care of his charming mother, who loves horses almost as much as she does her son, trusts Balint’s decisions, and hopes he will soon get married.  He is, however, in love with Adrienne, a brilliant woman whose sadistic husband has made her frigid.

His cousin Laszlo, a musician, is perhaps more sympathetic.  Why?  Because I frankly love the lost.  When he goes to music school in Budapest, he is a talented composer, immersed in his studies; but he is very much in love with his beautiful cousin, Klara, and after her stepmother opposes his courtship and persuades Klara to marry someone else, he becomes an addicted gambler.  And, horribly, most of the lies his aunt has told Klara come true: he falls into a relationship with Fanny, a gifted singer whose husband is old and indifferent. 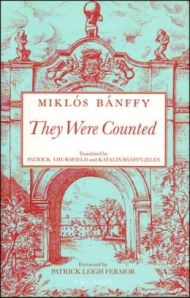 Banffy also fascinatingly describes Balint’s impressions of politics as a Member of Parliament.  At a Session of the General Assembly, he sees the new prefect, a lackey of the official government in Vienna, egged by students and other rioters.

From all sides there was a confused roar of shouting:  “Down with him!  Absug–away with you!  Traitor!”  Then Uncle Ambrus nudged Zoltan Alvinczy who at once raised a hand in the air.  From the back of the hall eggs started to fly, well-aimed eggs–for the students had obviously had much practice–which were chiefly directed at the school-teacher turned Prefect.  He ducked as well as he could but almost at once was struck on the forehead and yolk ran down all over his face.  He dived for shelter under the presidential table while a crowd collected round the platform with raised fists and menacing shouts.

Balint’s thoughtful reaction is typical of him.

Although Balint had shouted with the others and even raised his fists in the air, and laughed at the comicality of the scene when the Prefect had been pelted with eggs and taken refuge under the table, a great sadness descended on him as he went down the stairs and out into the street.  He thought only of the fact that an innocent man had been humiliated, and that it was callous and distasteful that everyone should think the whole affair a tremendous joke and nothing more.

Not a cheerful novel, you will say.  Yet the gorgeous writing is exactly what we need as the sky lowers and the light pales.  Better words. Does that happen to you, too?

ASK MS. MIRABILE.  My friend Janet and I are in our fifties; my cousin the librarian is 37.  She is very unhappy, and we were possibly unhappy in our late thirties, too.  It is a difficult time, when relationships grow stale, when couples know one another too well, and seek marriage counseling or divorce.

Women are not blameless, and It’s 50/50 who’s going to run off and run back or not.  We love our men friends and are not berating them.

But in the late thirties/early forties, men, if they’re inclined that way, run off with your friend, cheat with a colleague, or leave a note about a rendezvous in their pocket.

My cousin broke up last summer with a boyfriend who cheated on her.  (It was the summer of break-ups.)   And she has frantically since been going out with anyone who comes along.

My friend Janet, who very much dislikes my “drama queen” cousin, and I coaxed her into giving us her password at Match.com.  We might not have been entirely sober.  We had drunk Morning Thunder, “a charging brew of black tea and South American maté.” 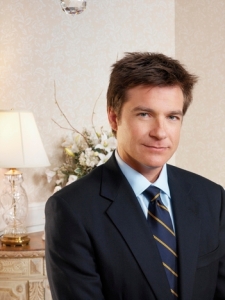 We found a man for her.  They apparently both like cricket.  (Yes, I know:  what are the odds?)  So we decided they should meet for coffee, not dinner, because dinner is too serious.  My cousin idly glanced at the profile, says she doesn’t like men with brown hair, and she can’t imagine why he would call himself an “attorney.”

“Maybe because he is an attorney?”  I guessed.

“Lawyer, attorney.  All men have brown hair,”  I said.

She doesn’t take this seriously, and who could blame her?  He might be nice; that’s as far as she’ll concede.

She wants us to go with her, but as we told her, we are not forming a book group,  we would then  get chatting about books, and the date would get lost in the shuffle.

And we have assured her many times, “Love is not the answer!’

“And whom do you love, Kat?”  Sighing, I pointed my finger at the man in the next room, my husband.

“Whom do you love, honey?”  we asked my cousin.

She said she loved Jason Bateman.

“And Jason Bateman has brown hair.”

After all, it’s all just cappuccino.

2 thoughts on “Miklos Banffy’s They Were Counted; & Ask Ms. Mirabile”