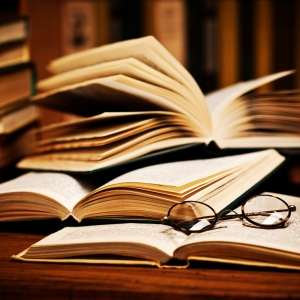 Happy New Year’s Eve!  It’s 10 below and we are not going out.  And so I  have calculated my book stats of the year.

Percentage of books in translation:  16%

Where or how did I find out about the books I read?

And here are the most  shocking statistics:

You can read my Favorite Books of the Year list here.

BEST FILMS OF THE YEAR

Best movie:  The Darkest Hour.  I associate biopics with drug-addled rock stars on the fast track to suicide, but my husband dragged me to The Darkest Hour  and it is THE sole masterpiece I saw in a theater.   In his first month as prime minister, Winston Churchill (Gary Oldman) strives to persuade his party that Hitler cannot be negotiated with,  as Belgium falls and men die at Dunkirk.  The always superb Kristin Scott Thomas has a tiny role as his charming, supportive wife. In this dark, muted film, Churchill’s humor shines through.  And I suppose the moving scene on the tube is not historical? 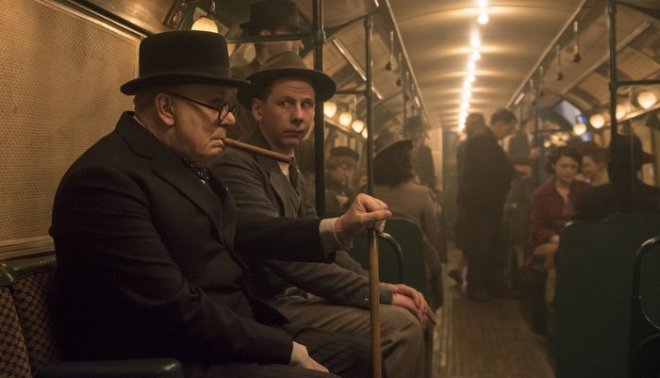 Gary Oldman as Winston Churchill in “The Darkest Hour”

Best TV Series:  Halt and Catch Fire.  I know, I know.  A TV series about building the first affordable PC in the ’80s sounds dreary and dull.   But Halt and Catch Fire is better-written than most movies.  The characters range from geeky to sociopathic  to rebellious to good moms:  Joe McMillan (Lee Pace) hijacks Cardiff Computers in Texas and persuades Gordon Clark (Scott McNairy) to build the PC he has envisioned after years at IBM.  After IBM  sets its legal team on Cardiff, Joe recruits Cameron Howe (Mackenzie Davis), a 22-year-old college dropout, to write the code. Eventually Gordon’s deceptively stable-seeming computer engineer wife, Donna, the perfect mom, gets in on the act: she is ambitious and, eventually, greedy.  The show has the three “S”s:  Sabotage, sex, and insurrection. Over 10 years, they go on to start a computer game company and an internet browser.  I was on tenterhooks. 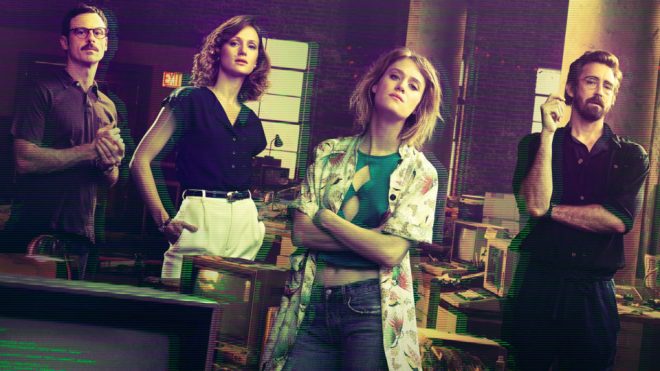