Mirabile Interviews Her Opposite.

I have long theorized that one should never marry a man with similar literary tastes.

My first husband and I had opposite tastes, which made our marriage fun while it was fun.  He read Arthur Koestler and the Russians, while I read Dickens and Poldark.  The thing we had in common, and which I have in common with ALL my husbands, is that we love languages.  I once rushed off to study at Grace and Rubie’s (a women’s club in the ’70s; see T. C. Boyle’s short story, “Grace and Rubie’s, ” in Descent of Man) only to find I had his Russian flashcards instead of my German.

But all that is long ago. A few years ago, when he tracked me down on the internet via a mortifying essay which I have begged the website owner to delete–apparently it remains there for maximum humiliation–we both agreed that Robert Pinksy was a good poet.  He thinks Pinsky’s translation of Dante’s Inferno is stunning, and naturally I prefer Allen Mandelbaum’s translation.

The opposite literary tastes have been a lifelong theme.  Of course, my friends find this opposite literary problem  odd.  One says she has never picked a husband on the basis of literature.  She thinks more about whether they can dance or not.

Although today I did not get out of my  “lounge pants,” which some might call pajamas, I got quite a lot of thinking done on this question of opposites. I interviewed A Certain Kinsman, whom I shall hitherto refer to as ACK.

ACK, who has opposite tastes from mine, does not think we are opposites.  He points out that we both are fans of Gary Shteyngart, Chekhov, Edith Wharton, and Alice Munro.

But since this is an in-depth blog on opposites, requiring deep digging, I will tell you what I know. 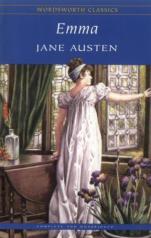 The following may be deeply offensive to you, so brace yourself.  ACK is not a lover of Jane Austen.  That is why I allowed him to wear a mask and assume a different identify before I interviewed him.

“I’m just tired of hearing so much about her.  I don’t think people should spend their life on her.”

Oh dear.  I mean, who doesn’t think the opening sentence of Emma is the best sentence in the world?

I am trying to get him to read Rudyard Kipling’s “The Janeites.”

He also doesn’t care for Nancy Mitford, another of my favorite writers.

I don’t like to have to go out in the middle of the night to get her book of letters and hear at Barnes and Noble that there’s a Mitford industry.”

It is just possible I asked for that book at night.  I’m sure I needed it for something…like reading!

He also doesn’t like Barbara Pym.  “It’s a cozy read if you want a good night’s sleep.”

I have strongly recommended Will Self’s Umbrella, which is a great book, but not my kind of thing.  He was able to identify a quote from the Kinks’ “Apeman” for me on the opening page, so I know he would enjoy it.

He says, “Maybe you have to be a Kinks fan to appreciate it.”

But I, too, don’t care for many of the books he likes.  After I read Celine’s Death on the Installment Plan, I told him,

It made me want to jump off a bridge.”

On Faulkner’s The Hamlet I said,

I hated the guy who had the affair with a cow.”

On Moby Dick, after the chapter “The Whiteness of the Whale,” I closed the book and said,

So is it a Battle of the Sexes?  He likes Faulkner, I like Caroline Gordon.  He likes Joyce, I prefer Virginia Woolf.  He likes Dostoevsky, I like George Eliot. I love Zola, he thinks he is terrible.   He likes Saramago, I like Elena Ferrante.

Do any of you have “the opposite of” literary problem?

5 thoughts on “The Opposite of…”