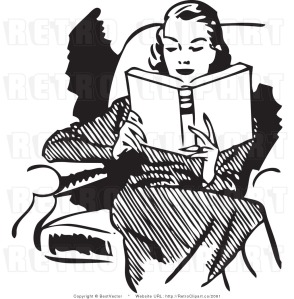 This is Gal Lit Week at Mirabile Dictu.

What do I mean by Gal Lit?

It is a feminist thing.

Gal Lit embraces many genres.  It can be pop or literary women’s fiction that doesn’t get widely reviewed, a biography that falls out-of-print, or simply a book that doesn’t make The New York Times “Summer Reading” list.

Ideally fiction helps us identify and empathize with the problems of different kinds of people.  This year I have tried to read almost gender-blind:  male, female; who cares about the sex of the writer if the book is good?

Naturally I recognize elements of myself in my favorite women’s novels.   I am not a pantomime artist, nor do I have any dramatic talent, yet I  identify with Renee in Colette’s The Vagabond: I imagine myself chatting with her Music Hall Friends, walking the bulldog, Fossette, and her exasperation at the persistence of her fan, “Big Ninny.”   When I read Willa Cather’s tragic novel Lucy Gayheart, I understand the disconnect between living in Haverford, Nebraska, and Chicago. Lucy’s passionate devotion to her music in Chicago sets her apart from her friends in Haverford, and the depression that follows the death of a musician she loves is inexplicable to them.

Last year I read 68.5%  books by women and 31.5% by men.  This year, oddly, gender equity has struck.  I’m astonished to find that 44% of the books I’ve read so far are by men.  Perhaps it is related to my reading more reviews more carefully from a wider variety of publications, instead of just skimming book news and book gossip in Publishers Weekly and The Guardian.  (Usually I am better informed about the e-book price-fixing lawsuits than is strictly necessary for the common reader.  It’s far, far better to read reviews.)

I do like to declare a week of Gal Lit occasionally, even if there’s no reason, even if it’s just because it’s the second week of July, and what else do I have to do this week?  The post-feminist generations won’t have the faintest idea what I mean when I say I haven’t noticed significant changes for women  except in the workforce, and that I believe women have moved sexually backwards, judging from the popularity of 50 Shades of Grey and Twilight.  Reading  Gal Lit can strengthen our understanding of the direction of our lives.  Doris Lessing’s Martha Quest books, Sheila Ballantyne’s short stories and novels,  and Erica Jong’s novels still have much to say to us.

Things were tougher now, however, because the girls had more things to do, heavier responsibilities.  Babies to raise and incomes to provide.  Isadora’s generation of affluent Jewish girls from central park West had liberated themselves, she often thought, right into being as burdened as  the black women who took care of them in Central Park when they were kids.  They had to earn the bread, bear the babies, and at the same time pretend to their wandering studs that they were merely courtesans, hungry for love….The men hoped from flower to flower, and the women, having insisted on their right to be superwoman, now had that firmly thrust up their asses (or upon their breaking backs).

Please tell me about your own favorite Gal Lit.  And, just to get started, here are two Gal books I’ve very much enjoyed.

1.   Karen E. Bender’s A Town of Empty Rooms. I wrote here:   “Bender’s poignant novel (is) about a Jewish family who moves from New York to a small town in the South,… After her father’s death she has a mini-breakdown and steals $8,000 worth of jewelry on her boss’s corporate charge card.  Fired from her job and blacklisted, she moves with her husband, Dan, and two children to Waring, North Carolina.  Everywhere there are signs like:  If God Is Your Co-Pilot, Switch Seats.  They are one of 100 or so Jewish families in town, and Serena is drawn to religion when she drives by the Temple.  But Dan, who doesn’t want to be viewed as Jewish, longs to be accepted and won’t go ro Temple.  He becomes a Boy Scout leader.”

2.  Birgit Vanderbeke’s graceful novel, The Mussel Feast, translated by Jamie Bulloch.  I wrote here:  The mercilessly observant teenage narrator, her brother, and mother await their father’s return from a business trip.  The mother is preparing a feast to celebrate his much-vaunted dream of promotion, which is expected to coincide with the trip.  And so Mum prepares a mussel feast, though she doesn’t much like mussels. The narrator dislikes mussels, too…  Time passes, and their father doesn’t come home. …They begin to drink the wine, and as the hours pass, they get drunk.  Gradually they express their hatred for the father.”