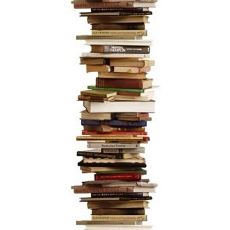 The Best Books of the Year lists are so much fun.

I’ve read lists at The New York Times, The Washington Post, The Wall Street Journal, The Telegraph, TLS, and The Guardian.  The latter two publish articles consisting of recommendations by famous writers, and these influence me more than lists compiled by critics.

They must have an effect on sales.

This week Ayelet Waldman has protested on Twitter because her well-reviewed novel Love and Treasure didn’t make the New York Times 100 Notable Books list of 2014.

I am really not dealing well with having failed to make the @nytimes notable book list. Love & Treasure is a fucking great novel IISSM.

I never complain about this shit, but there are MANY books on that list that are NOWHERE near as good as mine.

On the list or off the list, does it really matter?  Her tweets get attention, and I suppose they sell books.  (Or perhaps Twitter should be illegal till after the holidays.)   I read a sample of her book at Amazon:  it is well-written and  interesting.

But would we really care if her book was on the list?

I don’t use the “Best of” lists as shopping lists.

I have not read any of the 100 Notable New York Times books this year. I don’t read many books published after 2000, so the list is non-applicable to my reading.

Yet I did read a few marvelous new books this year that did not make the list. They are:

Winner of the PEN/Faulkner Awarad &  longlisted for The Man Booker Prize.

Karen Joy Fowler’s We Are Completely Beside Ourselves, winner of the PEN/Faulkner Award and shortlisted for the Man Booker Prize  (this didn’t make the NYT list, but did make the Washington Post and The Guardian, I think)

I’m not setting myself up as an arbiter of taste; I’m just saying that many remarkable books don’t make the lists.

The book I want for Christmas isn’t on a list.

The book I want for Christmas is not on a list:  Wendy Pollard’s biography, Pamela Hansford Johnson: Her Life, Works and Times, has scarcely been reviewed, and the one review I found was vituperative.  The Spectator reviewer doesn’t believe Johnson and her husband C. P. Snow are worth writing about.   I disagree:  Johnson is one of my favorite writers, and I look forward to reading the biography.

And do you use the Best of lists?