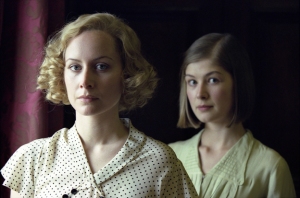 Do  Amecian Angophiles wonder why they cannot converse in the flippant style of the charming characters of Nancy Mitford, Angela Thirkell, Stella Gibbons, and Evelyn Waugh?

We Americans of the 21st century simply could not keep up the level of discourse.

Perhaps the British couldn’t keep up these days, either.

I have been reading a lot of what my cousin calls Brideshead Revisited.  And she doesn’t necessarily mean Waugh. 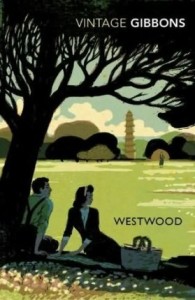 Take  Stella Gibbons’s charming novels.  Her books are  very readable and witty, if not quite classics, and  I have been admiring the dialogue.

In Westwood,  Serena, the vague and charming wife of a pompous playwright, rebukes her husband for calling their beloved nanny, Grantey, a slave.  She says he should be nicer, and that before their marriage, he was “such a pet, always wanting to improve my mind.”

“Well, you must remember all those alarming books you unloaded on me…I did try… only somehow there was never any time for anything, there never has been, has there?–ever since we got married.  It’s years since we really let our back hair down and had a good long talk like this, isn’t it?  Look here…I’m supposed to be dining with the Massinghams tonight, and it’s after six now…”

I love the way she goes on her merry way to dinner, after trying gently to mitigate his callousness.

In Nancy Mitford’s Love in a Cold Climate, the heroine, Linda Radlett, is hilarious when she marries a Communist. She works in the Red bookshop on weekends so Comrade Boris, the manager, can get drunk, and she substitutes favorite books like The Making of a Marchioness for Karl Marx:  The Formative Years.  But it is not the most comfortable life, she admits

You know, being a Conservative is much more restful,” Linda said to me  once in a moment  of confidence, when she was being unusually frank about her life, “though one must remember that it is bad, not good.  But it does take place within certain hours, and then finish, whereas Communism seems to take up all one’s life.”

If only  Linda had been with us in our left-wing days in the ’70s, she would  have voiced witty insights on the discomfort of consciousness-raising groups and  bulgur-and-spinach takeout from the food co-op.

Angela Thirkell, whose charming novels are back in print, is ceaselessly funny.  Her long passages of absurd indirect statement are more comical than her dialogue, but she does banter very well.

In Cheerfulness Breaks In, Lydia is exasperated at her ditzy sister Rose’s wedding and hands her  her bag at the reception.

You can stick on some more powder and lipstick if you like, but I think you’ve quite enough, don’t you, John?”

“Don’t be so dispiriting,” said Rose, “and this lipstick doesn’t come off anyway.” 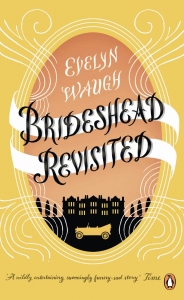 Evelyn Waugh’s satires are hilarious, but we know him best for Brideshead Revisited.  It started, of course, with the BBC series starring Jeremy Irons, Anthony Andrews, and Diana Quick in 1981.   I have read the book several times.

In Waugh’s great Catholic novel, the narrator, Charles Ryder, becomes friends with the Catholic aristocrat Sebastian Flyte at Oxford; later he falls in love with Sebastian’s sister, Julia. At Oxford, the charming Sebastian carries his teddy bear, Aloysius, everywhere.  Aristocrats are always so eccentric, aren’t they?

At first Charles thinks Catholicism is very silly.  He asks if Sebastian believes in prayer, and Sebastian assures him that he does.

Don’t you remember last term when took Aloysius and left him behind I didn’t know where?  I prayed like mad to St. Anthony of Padua that morning, and immediately after lunch there was Mr. Nichols at Canterbury Gate with Aloysius in his arms, saying I’d left him in his cab.”

It’s no wonder that we Americans can’t talk like a character in an English novel.  Nancy Mitford was one of the Bright Young People, Angela Thirkell was the granddaughter of the Pre-Raphaelite painter Edward Burne-Jones, Evelyn Waugh was a Bright Young Person and a very good friend of Nancy Mitford’s, Aldous Huxley was the grandson of the zoologist Thomas Huxley, and only Stella Gibbons, the daughter of a London doctor, seems to have had an ordinary family.

I regret to say that i never knew anyone with a teddy bear at my lovely Big Ten Schools.

What are your favorite witty English novels?