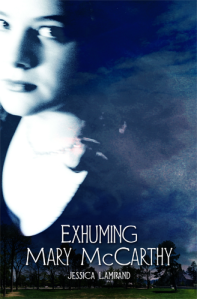 I am a fan of the underrated novelist Mary McCarthy, and, like all McCarthy fans, am a fan of The Group, her entertaining novel about the lives of eight Vassar graduates, class of 1933.

I could not resist checking out a  book with the title Exhuming Mary McCarthy.

In Jessica Lamirand’s intense new memoir, she chronicles her four years in the 1990s at Colorado College, emphasizing her friendship with six girls who call themselves “the group” (after McCarthy’s book).   In their free time, they confide, bicker, and experiment with sex, drinking, and drugs.

Written in novelistic fashion, this memoir contains such vivid dialogue and so many well-crafted scenes that I kept flipping back to the title page to make sure it was indeed a memoir, not a novel.

Lamarind’s education at Colorado College, located in Colorado Springs, was an intense experience:  students take one class at a time in three-and-a-half-week blocks instead of semesters.  Jessica is not a perfect student:  she struggles at times, and is content with a mix of A’s and B’s. Mark my words:  this readable memoir is an important document of the education of a woman at a small Western college. Most college books are set at Harvard, Yale, Princeton, the Seven Sisters colleges, Oxford, or Cambridge.  (Indeed, It would seem to us Anglophile readers that, except in David Lodge’s novels and D. J. Taylor’s short story,  “Wonderland,” in Wrote for Luck,  there are only two schools in England, Oxford and Cambridge.)

The girls are immature when they arrive at CC, though some are more experienced than others.  As a freshman, Jessica is a sweet, kind girl who has never dated or been kissed. She brings her complete set of Anne of Green Gables  to her dorm room.  Indeed, she pays as much tribute to L. M. Montgomery as she does to McCarthy. Her ideal man is Gilbert.  She wishes a boy/Gilbert would call her “Carrots” so she/Anne could break a slate over his head and fall in love.

I share Jessica’s enthusiasm for the Anne books.  She writes,

The Anne of Green Gables series had always been my very favorite books.  From the first time I read them in sixth grade, I had been guilelessly enchanted by Anne and all of L. M. Montgomery’s other characters.  I thought Anne and I were a lot alike.  WE both daydreamed too much and then got in trouble for not paying attention.  We both made lots of laughable mistakes and were none the wiser for having survived them.  We both knew that imagination was a gift not to be wasted….  We both longed to find kindred spirits. 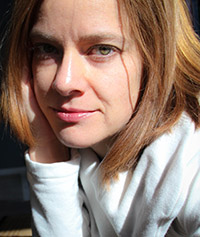 Jessica’s strongest bond in the group is with Sophie, another avid reader and a fan of L. M. Montgomery.  The group also includes:   Selena (a pothead who has a lot of tantrums), Aspen (a Native American who has a pet rabbit and wants to be a virgin until she marries),  Hannah (anorexic, depressive, and promiscuous), Julie (a science major), Leigh (a loud pro-choice advocate who is also, oddly, a Nixon fan and becomes a pothead), and Cassandra (a Spanish major who is balanced and loyal and remains one of Jessica’s closest friends after they graduate).

The girls seem very young:  they write about their crushes in their “Stalker’s notebook,” anxiously go to dances and ogle boys in the cafeteria, and smoke pot and drink.  Jessica does not smoke pot:  the one time she does, she is traumatized and terrified.  They also listen to a lot of R.E.M.  One of their favorites songs is “Exhuming McCarthy,” i.e., Joseph McCarthy, not Mary.

Jessica has her ups and downs.  She starts out an English major, but switches to art history.  As a sophomore, she falls in love with Malcolm, aka Thomas, an unemployed stoner and member of the Society for Creative Anachronism, who has been passed around from Julie to Hannah and now to Jessica. He is not a student, and though he occasionally works at Subway, she ends up supporting him at two jobs.  When she is seriously ill, Malcolm always leaves, saying he can’t afford to get sick.

Let me be up-front:  this really does read like a novel.  It is slightly reminiscent of Pamela Dean’s classic novel, Tam Lin, which takes us year by year through English major Janet’s life at Blackstock College (Carleton College in Minnesota).  But since I like novels, writing like a novelist is a good thing.

The group eventually splinters, and some go down the dark road of drugs, but these friendships remain a seminal experience in Jessica’s life.

I very much enjoyed this, though the McCarthy connection is unclear at first.  The most detail is given to the first year, and afterwards it is occasionally repetititious, but by the end of the book you understand why she has structured it as she has, and it is powerful.  (You have to stick it out to the end.)

Uneven, but a good read, and a historical document!