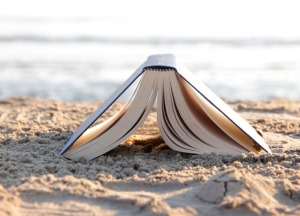 It  is a slow week in Literary Wonderland.  Everyone has bashed Janet Maslin’s May 21 New York Times article, “Cool Books for Summer Days.”  She has recommended 17 books by white men and women.

No books by people of color.

I am going to discuss gender again.

Female literary critics are a minority in literary journalism.  More books by men than by women are reviewed, according to the VIDA stats.  The majority of reviews are by men.

So isn’t Janet Maslin a minority?

Janet Maslin is a hard-working critic who often gets the bubbly stuff to read. I don’t mean she isn’t smart.  She is smart.  But she reviews the new best-selling novel by Ann Packer, The Children’s Crusade, while Dwight Garner reviews Mat Johnson’s new novel, Loving Day, a comedy about being biracial in America.   My impression has been that Maslin is assigned the best-sellers to review.

In her summer reading article, she does a lot of work. She recommends 17 books, ranging from Stephen King to literature in translation to women’s fiction that might usually be ignored to a biography of Joan Didion.

Is it or is it not diverse to recommend books by women?

Yes, the race stuff is very important. But attacking is fun, work is not.  At The Gawker, a gossip blog, Jason Parham attacks Maslin’s list.  He gathers some race stats for Maslin’s summer reading lists from 2012 to 2015.    Then he lists seven new books by “people of color,” but does not indicate by even a sentence that he has read them.  He ends the article, “See, that wasn’t so hard Janet.”  (He uses no comma before “Janet.”)

An article at Quartz by Divya Guha draws on the Gawker’s stats and then lists some books by Indian writers with, thank heaven, a few sentences about each.

Now I don’t mean this as a big defense of The New York Times. But I do believe Maslin  should be judged on something besides a summer reading article.

Maslin is retiring in July.

2 thoughts on “Diversity in Summer Reading”