Sometimes I feel like indulging in a truly trashy historical novel summer.

Even writers of the most literary historical novels spin tales about sensational events and larger-than-life characters. 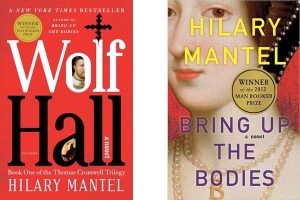 And why not?  There is nothing more fun than hanging out with historical characters.  Take the Tudors.  I love the Tudors.  A few years ago, after much protesting and resistance,  I finally read Hilary Mantel’s Wolf Hall.  I was intrigued by her story of Thomas Cromwell, the Chief Minister/lackey of Henry VIII. And do I get Booker bonus points if  I read the sequel, Bring Up the Bodies?

Then there is Jean Plaidy.  Yes, I like to go from the high to the middlebrow.  I have enjoyed Jean Plaidy’s  Tudor series, which consists of nine novels.  Jean Plaidy was a pseudonym of Eleanor Hibbert, who also wrote Gothic novels under the name Victoria Holt. As Plaidy, she penned historical novels about the Tudors, the Stuarts, Catherine De Medici, the French Revolution, and more.

On the other hand, I might prefer to devote myself to the Regency romances of Georgette Heyer.  They are witty, well-written, and well-plotted, and the heroines are spunky gals who live for more than marriage.  Some of them gamble and hang out with rakes.  And I do adore going out in public with a novel with a cover like the pink edition of The Convenient Marriage.  It gives everyone the wrong idea.  All right, I admit Sourcebooks has reissued Heyer’s books with more respectable covers.

If you like pseudo-Victorian novels, you will enjoy D. J. Taylor’s historical novel, Derby Day, which was longlisted for the Man Booker Prize in 2011.  Set in Victorian England, this entertaining novel describes the double dealings and crimes revolving around a horse favored for the Epsom Derby. In the prequel,  Kept, Taylor peppers a traditional narrative with a fictional diary of George Eliot’s, the musings of a mad woman in an attic, the double-dealings of out-of-pocket Londoners who turn to crime,  and The Great Train Robbery.

My favorite historical novel is Tolstoy’s War and Peace.  Forget the length:  War and Peace is a page-turner. The plot revolves around Russian life at the beginning of the 19th century, during the Napoleonic wars and the French invasion of Russia.  It has all the elements of the most entrancing fiction:  romance, elopement, gambling, parties, balls, aristocratic society in Moscow and Petersburg  fortunetelling, battles, and the fall of Moscow. 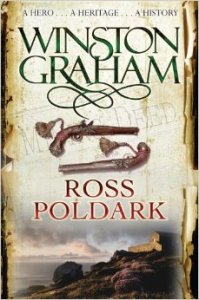 The  BBC remake of Poldark  will be shown on PBS  starting this  Sunday.  It is based on the first two books of Winston Graham’s Poldark series, Ross Poldark and Demelza..  The hero, Ross Poldark , a veteran of the Revolutionary War (on the Brisish side),  returns to Cornwall to find his father is dead and his girlfriend engaged to his cousin.  Though brooding and disappointed, he is dashing, passionate, radical, brave, and a proponent of social justice–every woman’s ideal.  And we all adore Demelza, the scruffy girl in boys’ clothes whom he saves from a fight at the market and many years later marries.  There is also much detail about the mining business and the lower classes.

Gore Vidal’s Julian  is a stunning take on Julian the Apostate, the fourth-century emperor who tried to stop the spread of Christianity.

John Williams is best-known for Stoner, but he won the National Book Award for his brilliant novel, Augustus, about Julius Caesar’s heir , who became arguably the most powerful Roman emperor.  The novel is told in letters, despatches, and memoirs.

Nobel Prize-winning Sigrid Undset’s Kristin Lavrandatter is one of my favorites, a trilogy about a woman in medieval Norway who, after a youthful passion, marries her rakish, charming, but careless lover and struggles to manage his neglected household  and raise her children as good Christians. 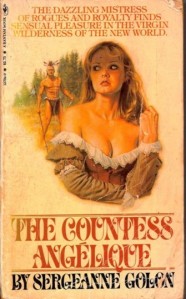 Have you ever seen a trashier cover?

Sergeanne Golon’s best-selling Angelique series, recommended by a librarian friend long ago, cheered me up during a ghastly week in a cabin that had no running water, electricity, or indoor plumbing.  To quote Goodreads, this French series “begins in 1648 during a time of insurrection, terror and revolt in a divided France….[Angelique] is one of the most irresistible heroines in the history of fiction. Her stormy adventures have taken her from the gutters of Paris to the harems of Africa to the silken prison of a King. Angelique has loved, intrigued, hated and fought her way into the hearts of million of readers all over the world.”  Unfortunately, these old paperbacks are very expensive–and out of print–so I have no idea if they are as good as I thought they were.  (On a par with the Poldark books.)