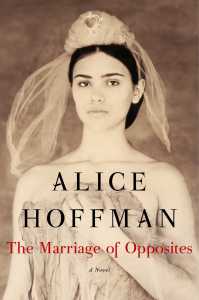 I try to catch up on new fiction in the summer.

No, I am not reading the Man Booker Prize longlist, nor the Guardian’s Not the Booker Prize list.  I just pick up what interests me.

I recently read Alice Hoffman’s The Marriage of Opposites, a lyrical, if uneven, historical novel about Rachel Pissarro, the mother of the artist Camille Pissarro. 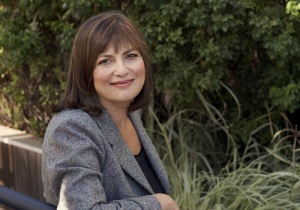 Hoffman’s early novels were pitch-perfect and stunning, characterized by magic realism and reviewed by John Updike, but she has long had her stylistic ups and downs.  She is both popular and proflific, so some of her books are much better-written than others.   One of her novels, Here on Earth, was chosen for the Oprah Book Club.  The Dovekeepers, a historical novel about the siege of Masada, was made into a TV miniseries.  Oddly, I have read neither of these.

But I love her books, and many are enchanting classics, or almost-classics:  her superb 2014 novel, The Museum of Extraordinary Things, is the dazzling story of a romance between Corialie, a young woman with webbed hands doomed to do a mermaid act for her father’s museum of “freaks,” and Eddie, a Russian immigrant photojournalist striving to become an artistic photographer.

The Marriage of Opposites is a historical novel, the opposite of  the magical Museum of Extraordinary Things.  Still, Hoffman’s style can be incandescent.

In  sensuous prose, Hoffman describes the island St. Thomas in the early 19th century. The theme of racial persecution is constant throughout the book:  the Jews fled from Europe during the Inquisition, and many settled on St. Thomas after the King of Denmark passed an edict proclaiming that  freedom of religion would be practiced on St. Thomas.  The  businessman father of the rebellious Jewish heroine, Rachel, was carried onboard the ship in a basket by his  African slave, Enrique,  to escape persecution in St. Dominique. On St. Thomas, he freed Enrique. Many, however, did not free their African slaves.

Growing up, Rachel runs wild on the island with her best friend, Jestine, the daughter of an African  maid and fortuneteller, Adelle. Naturally, Rachel’s mother disapproves of Jestine, and wants her daughter to conform in the Jewish community.  She is especially furious because her nephew, Aaron, whom she has raised as her son, is in love with Jestine. Mixed-race marriages are forbidden.

Rachel longs to escape from her mother and the island and see Paris with Jestine, but meanwhile she becomes a writer of stories.  A fan of Perrault’s fairy tales, she steals a notebook from her father’s store and records the fantastic stories he hears from old women.

One of her fairy tales is emblematic of a primary theme, the fate of characters stolen, deserted, lost, or rejected by their mothers.  The girls watch the turtles when they come  to the beach to lay their eggs.  Old women on the isalnd tell a story of a human mother who gives birth to a  turtle.  The woman leaves the baby on the beach, where it is raised by turtles.  The baby  grows up to be a Turtle Woman with moss-green hair.

You couldn’t see her shell unless she was in the sea. She could have easily disguised herself and join our world, eating in cafes, dancing with men who found her beautiful, but instead she’d chosen to live in the world of the turtles.

Later, Rachel, who  is married off to a widower to save her father’s business, does not know love.  She is, however, a perfect stepmother:  she adores her husband’s children, and, later, the  children of her own..   But only after her husband’s death does she fall in love:  his nephew, Frederic Pissaro, comes to the island to take over the business, and he and Rachel fall in love at first sight.  But the Jewish community forbids the marriage, saying that she is Frederic’s aunt.  They live together and have children.  And their overcoming being outcasts in their community is one of the most great conflicts of the book.

Jestine also learns what it is to be powerless and then to take her power bacl:   she has had an affair with Aaron, Rachel’s cousin, whom she loves, and an illegitimate daughter, Lyddie,. Aaron lives in Paris, but he and his infertile wife steal Lyddie and take her back to Paris.  Jestine is devastated.  But what can she do?  She starts a business sewing clothes more beautiful than any woman can get in Paris.  She never gives up on Lyddie.

Hoffman is excellent at exploring the sadness  of women,  and their strength as they overcome unhappiness.  But then something happens:  she decides to write about the future artist, Camille.  She switches  to his viewpoint, and here’s the problem:.  I signed on for the story of Rachel .

Hoffman does eventually switch back to Rachel’s point of view, but  I never quite got back into the novel after that.

Hoffman’s enchanting novel will be perfect for some readers, but seems uneven to me. I am not its ideal audience.

I seem to be on the every-other-book plan with Hoffman!  I look forward to her next one.

9 thoughts on “Alice Hoffman’s The Marriage of Opposites”