There are magical, unexplained, supernatural things on the internet.

Having grown up on the novels of E. Nesbit, where the Psammead/sand fairy grants wishes in a really twisted way, and  a magic wishing ring is likely to backfire on you, I always find the internet fantastical.  You mean it’s not magical?  Well, I  can’t explain any of it!

But there are also mechanical glitches.  Unless it’s witchcraft!

For instance, I have only sporadically received email alerts lately about comments posted here.  Strange.  I always got them before.  But I am not concerned about it.

And then a reader informs me that his/her comments are not appearing on my blog.

What comments?  I wondered.  I checked spam and found one.  I retrieved a perfectly intelligent comment about Mervyn Peake’s Titus Groan and approved it.

I don’t know what triggered the magic spam-sorter, which apparently did not want me to know there is a fourth Titus Groan title!

I welcome most comments.

But I have the right to moderate comments.

Some commenters believe that blogs exist to host contentious debates.  I will write something I think is perfectly normal, and then the “trigger alert” types will go mad.  What?  I don’t wish to fight with them?   How dare I not?  They WILL be heard.

I welcome comments, but this isn’t a public forum.

People on the internet do occasionally go off on strange tangents.  In the pre-internet days before the newspapers and magazines began to die, people wrote letters to the editor.  (How quaint!)  Some letters are/were published, others are/were not. Do they believe it is their “right” to be published?

In this day and age, you do have to watch out for the “trigger alert”censorship  people. They are very “sensitive”:  just not to you!  It is where the “far left” control-freaks meet the “far right” control-freaks.  And that is way too far for most of us.

Oh, God!  What a sad state of things!   There are many offensive things in the world:  reading classic  novels is not one of them.

Perhaps they should read Arthur Miller’s play, The Crucible. 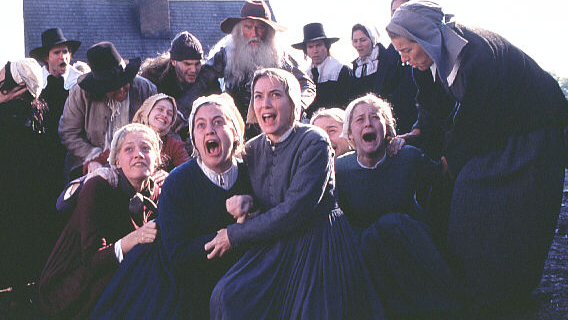 6 thoughts on “The Case of the Missing Comments: Lost, Spammed, or Moderated?”