After pounding the pavements of London for a week, I am glad to be home.

The flight was long.  Thank God for the e-reader.  When you tire of your science fiction thriller, you can switch to Charlotte Bronte.

Then I was frisked at O’Hare.

I was pre-approved on the way to London.  Suddenly in Chicago I had to stand in long lines. It was shoes off and a full-body scan. They patted me down because I moved during the scan.

It’s one of those things that happens these days.   Slightly humiliating, but ordinary.

Everyone had been so courteous during the trip.   Old lady in floral print sweatshirt and jeans, clutching her passport, ID, and boarding pass.  Yup, I’d pat her down.

Everyone in the service industry now calls me “Young Lady.” It is  the new term of endearment for those of us getting older.

I put on my shoes and rushed to my gate.  No time to double-tie my shoes.  One of my laces came untied.

But there is always time.  Have you noticed that?  It’s hard to be late.  I was in Group 4.  One wonders why they bother with groups on tiny planes.  The seat will be there whether I am in Group 1 or Group 4.

THE QUINTESSENTIAL LONDON is, for me, ancient bricks and stones, books and art.

And it was about being late.  I had a ticket to see Robert Icke’s Oresteia. 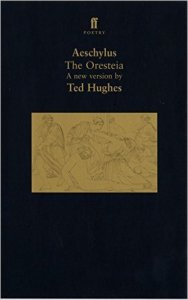 There are two productions of the Oresteia in London right now. I had heard good things about both productions.  I chose the one at Trafalgar Studios because I vaguely knew where it was.

But I was very, very tired and slept ten hours the day of the play.  I drank my coffee at 11 and decided I’d saunter out about one.

I looked at my ticket after lunch.  The play started at one.

Sometimes you have to take a sign from the gods.   I am usually very organized.  When you get tired, you have to slow down.  No good comes of stress.

I did laundry  and read Ted Hughes’ translation of the Oresteia instead.

It is very good.

2 thoughts on “London and Signs from the Gods”