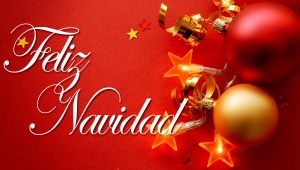 All across America, we are psyched for the Jolly Holiday Competition  of Who Has the Worst Family!   Ever played it?  It’s so much fun. There’s drinking and “Truth or Dare.” We were going to skip it this year, but we just recovered the dysfunctional spirit!

A message from an elderly relative arrived in voicemail:  “I’m in the hospital, Kat, and call me if you feel like it.”

Oh, good. It’s been a few years since we spoke.

There were some very bad scenes with this relative when I was growing up.  He/she once beat me up for going on a  25-mile Hike for Hunger with hundreds of others on a Sunday. The brilliant theory was that I had been out with a boy. Very brilliant, since I walked all 25 miles and had blisters on my feet and was hanging out with my usual group of giggling girlfriends.  I was so upset by my relative’s violence that I never collected the money for the charity from my sponsors.

Torn between duty and a 10 on the Richter Scale of dysfunction, I maturely decide to do my duty.  He/she is old now.  You have to assess his/her health.  He/she has alienated a lot of people.  You care because…he/she has no one else.

The problem is we have no idea where he is.  He/she didn’t leave much information.   We don’t know the name of the hospital. We don’t know if it’s here or in “Snowbird country,” i.e., Florida, where he/she sometimes winters.   We don’t have his/her cell phone number and he/she doesn’t have  a landline.

So we begin the comedy of errors. We call an area hospital.  No, there is no patient of that name. The switchboard volunteer kindly gives me the number of the other hospital.   No, he/she is not there either.

Then we call a relative who might know his/her number, but her voicemail is full!

Okay, he/she is probably in Florida.  There are a lot of hospitals in  Florida.  We call three.  And it’s complicated getting the no’s.  Once I reached some huge complex of hospitals and they wanted to know what building he/she was in.  “Pneumonia?”  I said.  “Pulmonary?”  Was this a game show?  I sounded like a crazy person.  Once I start saying, He left a message and we don’t know what state he’s in, I might just as well have hung up.

Finally my husband found a number on his cell phone with the right area code.  Thank God he never deletes anything!

And it was the right phone number!

And so we chat on the phone.

He/she didn’t go a-snowbirdin’ this year.  He/she got sick when my aunt died, when the cousin who was driving them to the funeral got lost on gravel roads and drove into a ditch.  They  waited an hour and a half for a tow truck.  He/she was coughing and tried to get the hospital to admit him but they would not.

And now I’m hearing for the first time that my aunt died late in November.  The last of the aunts died and I wasn’t notified.  You see, this is true dysfunction.  So I’m damned if I will cry.  (I cry after I get off the phone.)

He/she found a hospital that would take him for a few days.  And so he here’s my over-the-phone diagnosis (with a few tears in my eyes):

Well, let’s hope we can straighten everything out.