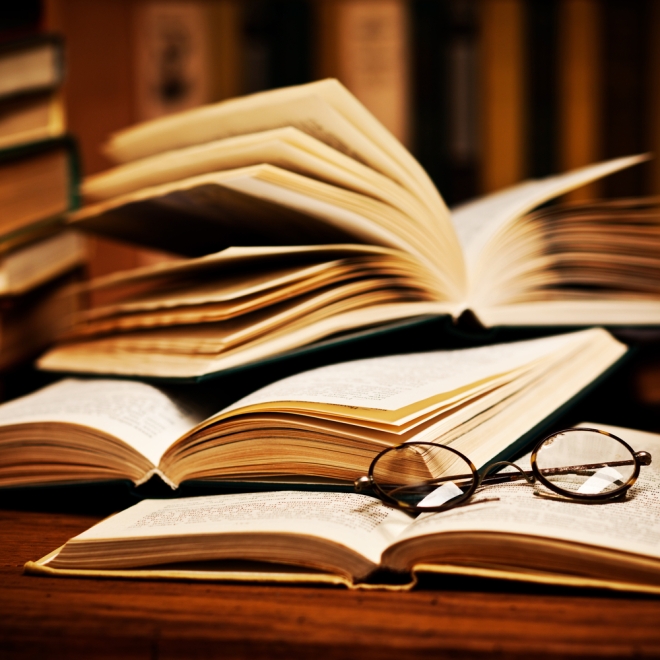 Oh, we bloggers.  We are so picky.  I have impeccable taste, the blogger says.   Well, don’t we all, you say (and it’s probably true). But we can be particular, because we  don’t get paid for our opinion.  If we got paid we might be kinder or unkinder, who knows?   If I don’t like a new book after 25 pages–or 50 tops, if I have been conned by a hyperbolically positive review–I toss it.  Why?  Because I’d rather be reading Trollope.  And by the way, the critic Laura Miller is leading a discussion of Trollope’s Barchester Towers this month at Slate.

Some extraordinary new books are being published, if we can only find them.    I serendipitously read two pitch-perfect novels this week:  Charlotte Wood’s The Natural Way of Things, winner of the 2016 Stella Prize in Australia (and published by Europa Editions), and Anne Tyler’s Vinegar Girl–well, I read everything by Tyler, and everyone is reading it, so I can’t say it’s really a discovery.

Wood and Tyler are  prominent writers of very different types, both well worth reading 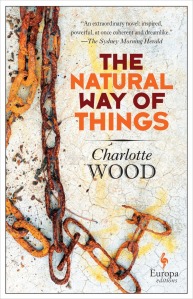 First, the must-read.  Charlotte Wood’s The Natural Way of Things is one of the strangest and most powerful novels I’ve read this year. Slightly reminiscent of Margaret Atwood’s The Handmaid’s Tale, it describes and explores a misogynist society’s hatred of women’s sexuality.  Wood’s staccato style and weird, vibrant imagery keep this feminist novel well above the level of the popular formulaic dystopian novels.

The plot is bizarre and mysterious.   A group of young women wake up to find themselves drugged and imprisoned on an abandoned property in the Australian outback.  Why are they there?  What do they have in common?  Yolanda and Verla, the two strongest of the women, become silent friends.  Talking is rarely permitted except at night when they are alone and locked into the “shearer’s quarters,” kennel-like tiny rooms in a corrugated metal building.   Gradually they recognize one another from TV: each woman has been involved in a public sex scandal.

Yolanda, who at first thinks she’s in an asylum, hope they’ll increase the dose of drugs so she won’t have to deal with the horror.  When she is shoved into a room with Verla, who vaguely remembers being held down on a yellow bus and handcuffed, they make eye contact and Yolanda takes the initiative and speaks: “Have you got a cigarette?”  Verla is fascinated by the 19th-century ugly canvas smocks, calico blouses, and boots Yolanda wears.  Then she realizes she is wearing them, too.

It seems to Verla she has known this girl once, long ago.  As if Verla had once owned or abandoned her, like a doll or a dog.  And here she is, returned, an actor on a stage, and Verla there too, both of them dressed in these strange prairie puppets’ clothes. It could all be hallucination.  But Verla knows it isn’t.  The doll opens her mouth to speak again and Verla says, “No,” at the same time as the doll-or-dog girl asks, “Know where we are?”

Humiliated, shorn of their hair, and clipped together by chains on a lead, they are forced to do pointless work–they build a road– and are frequently beaten by Boncer, the cruel keeper who breaks a woman’s jaw on the first day.  Teddy, who thinks he is here for a summer job, is slightly less cruel but he also despises them.  And Nancy, the only woman keeper, likes to play “nurse” and experiment with medications and hypodermic needles when the women get ill.

Much of the novel operates on the level of metaphor and symbol:  the heroines’ visions of white horses, kangaroos, brown trouts, the power of hunting, and a river that is “a wide rope of bronze silk twirling” are utterly enchanting and liberating.  When the power goes out and Verla discovers there is very little food left,  the tables are turned on the keepers.  They still have weapons but they are terrified:  Boncer, Teddy, and Nancy take drugs to cope.  But the women learn to survive,:  Yolanda becomes a hunter, Verla gathers mushrooms, and others gain new skills, too, as they get in touch with their animal nature.  The ending has a twist you won’t see coming.

Next, the light read. Pulitzer Prize-winning Anne Tyler’s Vinegar Girl, a retelling of The Taming of the Shrew, is clever, charming, entertaining, and  hilarious. This is the third in Hogarth Press’s Shakespeare Project, retellings of Shakespeare’s plays by “acclaimed and bestselling novelists of today.” Tyler, who is either the most underrated American writer working today (a woman at a party said) or the most overrated (a man at the same party), is always enchanting and manages to pull it off.

Twenty-nine-year-old Kate, an assistant at a preschool who often gets into trouble for saying exactly what she thinks, is odd but likable.  She wanted to be a botanist, but she still lives at home with her absent-minded scientist father and her popular teenage sister, Bunny, because  she was kicked out of college for calling a professor’s explanation of photosynthesis “half-assed.” She has never wanted to go back,  and though she would like another job, she knows she doesn’t interview well.  Kate is the kind of confused, isolated character we meet in all the Tyler books.

The plot is allusive to The Taming of the Shrew, but Tyler has made  it more subtle.  To cut to the chase, Kate’s father is trying to make a match between Kate and his Russian assistant, Pyotr, because Pyotr needs a green card.

Naturally, Kate doesn’t like the idea, but Pyotr is charming in an odd kind of way.  He woos her and tells her he likes her long hair and asks her how long she has grown it.

“Oh. Since eighth grade, maybe. I don’t know. I just couldn’t take any more of that Chatty Cathy act.”

“In the beauty parlor. Talk, talk, talk; those places are crawling with talk. The women there start going before they even sit down—talk about boyfriends, husbands, mothers-in-law. Roommates, jealous girlfriends. Feuds and misunderstandings and romances and divorces. How can they find so much to say? I could never think of anything, myself. I kept disappointing my beautician. Finally I went, ‘Shoot. I’ll just quit getting my hair cut.’ ”

Oh, it’s so charming!  I do know what she means.

It’s one delightful scene after another. Kate is very annoyed at first (and so are we), but Pyotr looks better and better, as Kate realizes she doesn’t have a chance with the guy she has a crush on at the preschool.  Kate, like her father, understands  statistical odds. She doesn’t have much of a life.   Her sister Bunny, who turns out to be the real feminist, can’t believe she is considering the deal.

And what will happen?  It is a surprise.

Well, I loved the book, thought I didn’t quite buy the epilogue.  But enough said!  So entertaining!