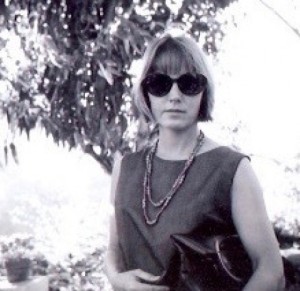 Carolyn See, one of the best American writers of the twentieth century, died on July 13.  Barbara Eisenberg wrote in The L.A. Times:

The celebrated writer and teacher Carolyn See, who died in Santa Monica last week at 82, was born in Los Angeles and never really left home. She described raw silk as the flannel of the desert, and wrote evocatively of her home state in nearly all her books. For her, California was the repository of America’s dreams, a place that is to America what America is to the rest of the world.

I recently reread See’s The Handyman (and wrote about it here), and  I recommend Making History and Golden Days.

2. Is the following headline for a review at The Spectator anti-woman? 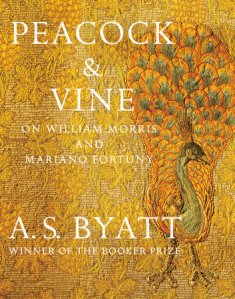 I am aware that the reviewer Douglas Murray did not write the headline!  He says of Peacock and Vine: Fortuny and Morris in Life and at Work:

There is a moment at the start of most authors’ careers when it is hard to get anything published, and there is a moment towards the latter stage of some authors’ careers when it is hard to stop everything being published. A.S. Byatt is in the latter stage of her career, and however great the claims for her back (and future) catalogue may be, it hard to see why Peacock and Vine came to be here.


English reviewers are often acerbic, but Booker Prize-winning Byatt is one of my favorite novelists. I don’t know English  culture, but my husband says it reminds him of Hillary-bashing!  (I’ll have to read the book when it’s published here and see for myself.)