What’s going on with book covers this summer?

Have you noticed the “back” cover art trend?  Why so many portraits of the back?

1. The cover photo of the comedian Amy Schumer’s back on her new memoir, The Girl with the Lower Back Tattoo, does her book no favors:  it’s  a riff on a scandi crime title, but also a celebrity’s overly-optimistic decision to display her back.  Did she know backs are the latest fashion in cover art when she agreed to this?  Well, probably not.  N.B. I have heard only good things about Schumer’s work, and one day will get around to seeing Trainwreck.  But think Nora Ephron’s “A Few Words about Breasts” (no photos, just words!).  And her work is still pertinent. 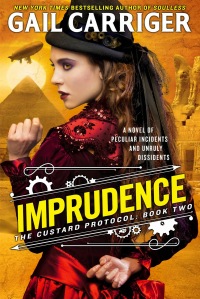 (By the way, here’s the Goodreads description of the book:   “Rue and the crew of The Spotted Custard returned from India with revelations that shook the foundations of the scientific community. There is mass political upheaval, the vampires are tetchy, and something is seriously wrong with the local werewolf pack.”)

3 The designer of the cover of  E. Ardell’s new science fiction novel,  The Fourth Piece (Order’s Last Play #1), had the same idea of the back portrait as the the two above:  Here is an illustration of a tattooed back.  Goodreads says, “Life is great when you’re good-looking and popular…so long as no one knows you’re a vulatto. Being half-alien gets you labeled “loser” quicker than being a full vader. So it’s a good thing Devon, Lyle, and Lawrence can easily pass for human—until the night of the party.”

4.  Why is there a woman’s back  on the cover of Sharee Samuels’ A Funeral for My Fat: My Journey to Lay 100 Pounds to Rest? Why not proudly face us?

5  The pretty cover of Joy Calloway’s The Fifth Avenue Artists Society shows “back. ” Actually, I am tempted to buy this because of the comparison to Edith Wharton, but I haven’t looked at it yet.  The Goodreads description says:  “An enthralling Edith Wharton-meets-Little Women debut about a family of four artistic sisters on the outskirts of Gilded Age New York high society that centers on the boldest—an aspiring writer caught between the boy next door and a mysterious novelist who inducts her into Manhattan’s most elite artistic salon.”

6.  Here’s another back on the cover of a mystery, Anna Lee Huber’s As Death Draws Near (Lady Darby Mystery #5).  Goodreads says “Lady Kiera Darby and Sebastian Gage [are entangled] in a dangerous web of religious and political intrigue.” 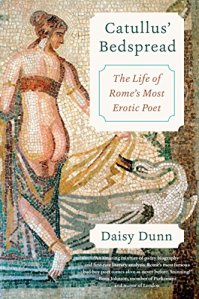 So what is this trend about?

4 thoughts on “The Back Cover!”