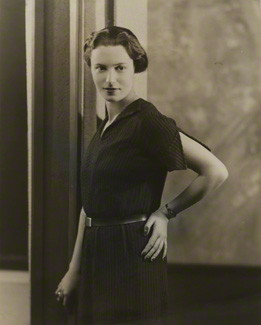 I recently reread Pamela Frankau’s Sing for Your Supper, the first in her stunning trilogy, Clothes of a King’s Son.   I love this trilogy and go back to it every few years.

Frankau (1908-1967) has her fans, yet people in real life seldom talk about this neglected writer.  It is left to us bloggers and other cyber-characters (myself included) to proselytize. There was quite a lot of traffic when I posted about her a few years ago. For those unfamiliar with her work, I would put her in the same class, more or less, as Rumer Godden and Pamela Hansford Johnson; perhaps a tad less polished than those two, but equally brilliant and lots of fun to read. Three of Frankau’s novels are in print in the UK:  The Willow Cabin, The Winged Horse, and A Wreath for the Enemy; none in the U.S.  Which of her books most deserve to be reissued?  The trilogy, of course:  Sing for Your Supper, Slaves of the Lamp, and Over the Mountains.

Sing for Your Supper is a vivid, compelling, beautifully written novel. Set in 1926, it begins and ends with Blanche Briggs, called Brigstock, a middle-aged nanny who is needed only in summers now that the children are in school. Briggs’ life still revolves around the itinerant Weston children, who follow their father, Philip, the director of a troupe of Pierrots, to a different boarding house in a different seaside town every summer.

The three children are more sophisticated than their peers, because of their roving theater background. Gerald, a precocious 16-year-old, banters with Brigstock, hangs out with acquaintances of questionable morals,  and tries to hide his obsession with money (obviously traced back to his father’s poverty). Fourteen-year-old Sarah, a witty, imaginative girl who has been reprimanded at her girls’ school for a sappy note she wrote to an older girl, develops a crush on Shirley Ormonde, one of the actresses in the troupe. Standing in front of a mirror, Sarah daydreams in the third person about her future, imagining herself the heroine of a romantic novel.

‘That’s the girl I want for the part,’ said the great actor to the great actress, ‘that girl over there, do you see? Wait till you hear her read. Voice like a cello. She could be another Meggie Albanesi.’

The youngest, Thomas, age 10, is very absent-minded, slightly Puckish, and in trouble at school for his “ungovernable rages.”   He is the champion of the weak, and can be pushed to fury when anyone is attacked. He is also psychic, like his grandmother. This talent is ignored by his family, who think it is simply “tricks.” When he shows up a magician at the Moonrakers’ show, the magician knows Thomas’s magic is for real.

Sarah is amused by Thomas and recalls his quixotic defense of a fat Pierette some years back.

She can see how maddening it is when Thomas does that, thought Sarah; now he doesn’t bawl any more, she takes his side. The thought of Thomas bawling led to the Moonrakers because of the fat, jelly-wobbling Pierette called Maisie Something who had made them choke with giggles at Eastbourne three summers ago. They had behaved quite badly and Thomas had bawled afterwards and kicked Gerald and said, ‘I liked her the best’ all the way home. He was only seven; it was the first time he had seen the show. (Not the Moonrakers, then, of course: not their father’s own company, but Philip Adair had written many of the songs; old numbers from Hi Jinks or The Gay Cavaliers were still inclined to show up in the Moonrakers program. By special request, Philip Adair will sing…)”

It is a fascinating novel–not exactly a theater novel–but it centers on the children, who grow up early because of their experiences, connections to the theater, and knowledge of what goes on behind-the-scenes. Philip, their father, a widower, is also a fascinating character, doomed to be unsuccessful, but suddenly comes into money–and the children speculate about where on earth he got it.  Suddenly they have a house to themselves and an expensive car. And even Blanche (Brigstock) doesn’t know the source of the money.  She assumes it is Gwen Richmond, a comic actress and longtime girlfriend of Phillip’s who has expected a legacy from an aunt.

Told from multiple points of view, the narrative moves rapidly  as Frankau delves into the minds of her characters and reveals much about the others through their perceptions.

After all, Blanche reminded herself once again, there might be worse fates than Miss Richmond.  She could look back on a string of horrific little threats.  (That tiny dark one in Aladdin–what was her name?  Esme Something.)  She could always recognize them.  Nothing was ever said; nothing was ever audible, visible; she just knew when it happened and who it was.  When Blanche thought ‘It’ her mind made no exact statement.  And ‘It’ was none of her business.  Not until Mr. Philip told her would Miss Richmond become her business.

Another important character is Rab, a  12-year-old American girl who looks like a boy.  A child of divorce, she has lived all over Europe with her mother, Paula, and moment is staying in a hotel suite with the chauffeur, Miles, while Paula travels.  She  envies the Westons:  how she would love to be a member of a family, doted on by Nanny, and keeping regular hours.  Rab has trouble eating, and doesn’t have the faintest idea how the middle-class live (or how Pierrots live!).

There is much drama, apart from the drama of Philip’s troupe, the Moonrakers!

Next up: Slaves of the Lamp, set 10 years later, when the children are grown up.

4 thoughts on “A Favorite Out-of-Print Novel: Sing for Your Supper by Pamela Frankau”