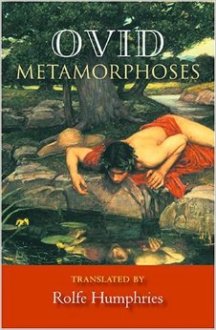 I’m almost finished with the holiday gift fuss.  I’m  assembling book parcels, tied up with a ribbon and tucked into  cotton bookstore bags.  Every year I organize my book parcels by theme, hoping a stack of themed books will entice readers.   I am happy if my friends read one or two of the two-to-three books in the parcel.  (See yesterday’s post.)

This year’s theme is “Literary Fantasy.”  Why?  It has been a strange year. Reading fantastic literature teaches us about our conscious and unconscious selves, and can make us see our world differently.   We are still mourning the election, and our society doesn’t seem to be going in the right direction.  And so let’s read some fantasy.

Orlando is one of Woolf’s lightest books, dedicated to Woolf’s lover, Vita Sackville-West. In Alexandra’ Harris’s Virginia Woolf, a wonderful short book about Woolf’s life and work, she says that Woolf’s teasing novel is a a fanciful biography of Vita Sackville-West, with a tip of the hat to her ancestors. And it had the tone of Woolf’s playful letters to Sackville-West. The hero, Orlando, is a beautiful androgynous man, a courtier, and an aspiring poet. He lives for more than three centuries, first as a man and then as a woman.  There’s too much whimsy in this fantasy for my taste, but Woolf’s writing is gorgeous, especially her description of a Renaissance winter festival on the frozen Thames. You can read my post on Orlando here.

Ovid’s epic poem, a collection of Greek and Roman myths linked by the theme of metamorphosis, is the most brilliant fantastic comedy I have ever read.  As Ovid describes the clash between gods and 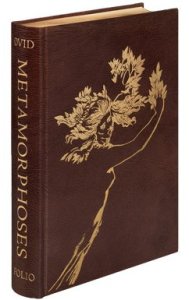 goddesses, and their bizarre obliviousness and frequent violence toward human beings, we begin to understand our own reality and, beyond that, change and entropy.  We witness the extent of Ovid’s joyousness in his mythic exploration of metamorphosis in an imperfect world.  His style  is bubbly and elegant at the same time. His  descriptions of nature are charming and lovely, and his characters jump out of his vivid verbal sketches. There is much absurdity in Ovid:  Apollo, struck by Cupid’s arros, falls in love with the  nymph Daphne and asks her  to run a little slower so he can catch  her, but she prefers to turn into a tree than “marry” him, because she is a virgin dedicated to the goddess Diana.  At the same time as we laugh at Apollo, we imagine the nymph Daphne’s terror as she prays to her father, who tries to persuade her Apollo would be a good match.  In the end she turns into a laurel tree, which Apollo obnoxiously claims as his own.  So she gets away, but does she?

Here is an excerpt from Apollo’s comic complaint to Daphne

…But I, who follow,
Am not a foe at all. Love makes me follow,
Unhappy fellow that I am, and fearful
You may fall down, perhaps, or have the briars
Make scratches on those lovely legs, unworthy
To be hurt so, and I would be the reason.
The ground is rough here. Run a little slower,
And I will run, I promise, a little slower.
—Ovid’s Metamorphoses, translated by Rolfe Humphries 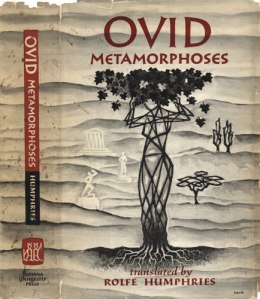 Like Apollo, many of the gods are bullies and even rapists, but the goddesses can be equally violent: in the moving story of Ceres and Proserpina, Ceres punishes the world with drought as she searches the earth for her lost daughter.  She turns an insolent boy into an owl to vent her rage at a rude remark. Finally she learns that Hades, king of the Underworld, abducted Proserpina. Ceres appeals to Jove, who is Proserpina’s father, but he believes Hades is a good match for her.  Ceres brokers a deal whereby Proserpina lives half the year above ground (and that’s how we get spring and summer).

As Woolf in Orlando, Ovid is also fascinated by the blurring of gender and the sexes. The story of Tiresias is short and strange:  he sees two serpents mating and strikes them apart and then is turned into a woman for seven eyars; seven years later he sees them again and does the same thing so he can turn back into a man.  It does not end well:  Jove and Juno have argued about who has more sexual pleasure, men or women, and Tiresias says women do.  Juno, furious that he disagreed with her, blinds him as a punishment, but Jove tries to compensate by giving him the gift of prophecy. Some compensation, some of us would think.

Ovid understands the randomness of fate. A lucky, lucky reader will get this in her Christmas parcel.

In The Passion of New Eve, a surreal novel rich with symbolism and satire, she walks a fine line between feminism and tedium. In Carter’s mordant exploration of what it means to be female in a post-apocalyptic society, the ideal woman is defined by men in Hollywood, or by a cult of militant Earth-worshipping female plastic surgeons.

This novel is Carter’s homage to the myth of Tiresias, the Greek prophet who spent part of his life as a man and part as a woman. (Naturally, being a woman was best.) Well, the story is part Tiresias myth anyway: the rest is Caitlyn Jenner crossed with Charlie’s Angels.

You can read the rest of this post here.