What should you read?

That’s what I asked several bloggers, commenters, and friends.

My own predilection?  I curl up with Russian novels.  I love the beautiful descriptions of snow and sleigh rides in Tolstoy’s War and Peace and Anna Karenina.

But for a dark take on winter, get out Boris Pasternak’s depressing masterpiece, Doctor Zhivago.   This hibernal classic, set during the Russian Revolution, describes the struggles of the hero, Yuri Zhivago, a doctor and poet, and his brilliant, sensitive lover, Lara, to survive war, politics, and changes of regime.  The winner of the Nobel Prize, Doctor Zhivago was deemed too radical to be published in the Soviet Union and first published in Italy in 1957.

But what do you read if you’re not reading Russian novels? Here are some recommendations from bloggers, commenters, and friends, in the first of two (or possibly three) posts.

Since the New Year, we have had snow, followed by days in the high 60s, followed by a week of rain and thunderstorms. OK. That’s enough weather for one year!

I hope to escape this meteorological madness by rereading the delightful Merry Hall house and garden restoration trilogy – where there is always Sunlight on the Lawn and Laughter on the Stairs – by Beverley Nichols. Also ready to join Bill Bryson for One Summer: America, 1927 which I bought a couple of years ago but never read. Perhaps now that we are on the cusp of the 90th anniversary of that season it will prove to be prime reading for winter.

I just bought four books on a recent Bookstore Quest that I hope to read before the dust settles too thickly on them:

My Life in Middlemarch by Rebecca Mead; The Animal Dialogues by Craig Childs; The Outermost Dream: Literary Sketches by William Maxwell; and Notwithstanding by Louis de Berniers. I will most likely begin with the Maxwell and de Berniers books. The first is nonfiction and the other includes fictional tales from a small English village in the 1930s. 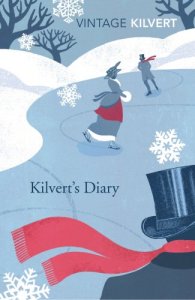 One of the best evocations of winter is Philip Larkin’s novel A Girl in Winter – the whole book, not just descriptions, and for the psychological feel of winter. Robert Bridges’ poem “London Snow” came to mind because of the panic caused by half-an-inch of snow today.

“As I lay awake praying in the early morning, I thought I heard a sound of distant bells. It was an intense frost.

I sat down in my bath upon a sheet of thick ice which broke in the middle into large pieces whilst sharp points and jagged edges stuck all around the sides of the tub like chevaux de frise, not particularly comforting to the naked thighs and loins, for the keen ice cut like broken glass.

The ice water stung and scorched like fire. I had to collect the floating pieces of ice and pile them on a chair before I could use the sponge and then I had to thaw the sponge in my hands for it was a mass of ice.

Gilbert White’s nature diary is another book with wonderful observations of winter weather. And, of course, Coleridge’s “Frost at Midnight.” “The Ancient Mariner,” for all its evocation of cold isn’t really about winter.

As for anthologies, Walter de la Mare’s – Come Hither, Behold This Dreamer, Love…- and Daniel George’s – Tomorrow Will Be Differennt, A Peck of Troubles…– all have very light attribution and annotations and obscure sources, so they are great pleasure to use with the ‘net.

The Righteous Mind by Jonathan Haidt—arguably the most important book in popular science since the Selfish Gene. In The Righteous Mind, Haidt plumbs the latest in neuroscience, genetics, social psychology, and evolutionary theory to provide an account of how people think and the evolutionary forces that have shaped our thoughts and feelings—in morality, politics, and religion.

Butcher’s Crossing by John Williams—Moby Dick meets Little House on the Prairie. An exceptional novel by a colossally talented writer. I also highly recommend Augustus for the snooty literary type. Bone up on Cicero in advance or the glories of the novel will be partially, maybe even substantially, lost on you.

Young Men and Fire by Norman Maclean—yes, that N. Maclean, author of A River Runs Through It. The book is about the Mann Gulch fire that devoured a young crew of cocky, athletic firefighters. Although Maclean fails at the end of the book, as he must, when he is consumed by the Platonic fire of mathematics, I forgive him and love him for it, because he’s cocky and athletic in his own right.

Leaving Cheyenne and The Last Picture Show by Larry McMurtry—Well, I admit it: I love Lonesome Dove, and I was curious if these two offerings are as good. Of course they’re not as majestic, but they’re damn fine pieces of writing.

I have just finished reading The Night Manager by John LeCarré. It’s a good thriller with important themes and a romantic undertone but not ideal for winter reading. I have been alternating the novel with Sisman’s biograpy of LeCarré. As a delayed birthday present I have treated myself to a hardcover copy of Michael Chabon’s new book, Moonglow, and I plan to read that next. If you want a book to put you in a good mood (whatever the weather) I recommend Tepper Isn’t Going Out by Calvin Trillin. 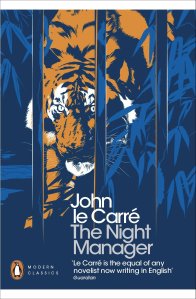 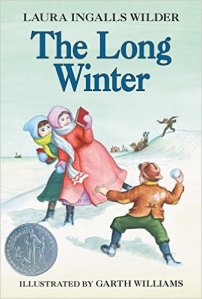 Currently reading – The Case of Charles Dexter Ward by H.P. Lovecraft. My first experience of this author, so far it’s a rather chilling read, reaching back to the time of Salem and featuring alchemy and all manner of unnatural things – ideal reading for this time of year when the cold dark nights are naturally spooky.

Winter recommended reading – my therapy book for when I’ve had enough of dark and cold and snow is The Long Winter by Laura Ingalls Wilder. It always reminds me that a couple of inches of the white stuff is nothing compared with what some areas of the world have to deal with, I’m not like likely to starve to death and I should quit moaning and get on with life!