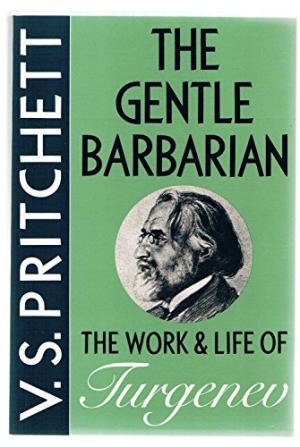 Since New Year’s Day, I’ve been been absorbed in Turgenev’s books: Diary of a Superfluous Man, Rudin, Home of the Gentry, On the Eve, Smoke, and some of the longer stories. I recently finished Mumu, the very sad story of a deaf-mute peasant and his loyal dog, and then depressed everyone by retelling it.

Why this zest for Turgenev?

And the holidays were so depressing. 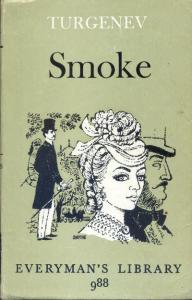 I don’t know about you, but on New Year’s Day I shopped for reams of paper and a new calendar diary.  Then I went to a coffeehouse and sat among bleary-eyed customers who stared askance at their Christmas bills.

Turgenev’s novels, usually set in spring or summer, are a wonderful escape from winter.  They are short and lyrical; his fluid style is deceptively simple. Characters are revealed in dialogue as they take country walks  or sit in comfortable drawing rooms, and Turgenev, a successful playwright, had an ear for dialogue.  He wrote about love and politics, and  analyzed the Russian character.  He describes the tension between Western-oriented intellectuals (known as Westerners) and the radical Slavophils who emerged after the Crimean War.  Turgenev was a Westerner.

I’ve blogged much about Turgenev lately, but want to say a few words about Smoke and V. S. Pritchett’s stunning literary biography, The Gentle Barbarian: The Work and Life of Turgenev.

In Smoke, Turgenev’s penultimate novel, set in Baden-Baden, he satirizes both the Slavophil radicals and the Russian gentry. The young hero, Litvinov, a landowner who has studied farming methods for four years, is on his way back to Russia to manage his estate and facilitate the emancipation of the serfs.  He stops in Baden-Baden, a gambling resort, to wait for his fiancée, Tatyana, and her aunt, who are expected in a few days.  He reluctantly attends a very unpleasant party of  radical Slavophils who imagine they can live like the peasants;  he is equally infuriated by a group of effete aristocrats who oppose the emancipation.

Turgenev fits politics into this novel, but there is also a fascinating love affair. Litvinov meets Irina, his former fiancee, who jilted him.  This femme fatale, who is in Baden-Baden with her wealthy husband,  mocks the politics of the aristocrats, but clearly likes her clothes and life-style.  Yet she cannot resist seducing Litvinov after she learns he is engaged.

Turgenev identified with Irina’s friend, Potugin, who has followed her all around Russia and to Baden-Baden.  This earnest, intelligent middle-aged man approaches Litvinov on her behalf, almost as a pimp.  But he and Litvinov are both Westerners, and Potugin, in a passionate but awkward speech (usually Turgenev is elegant), voices Turgenev’s ideas:

…given a dozen Frenchmen, and the conversation will infallibly turn upon amorous adventures, however much you try to divert them from the subject; but let a dozen Russians meet together, and instantly there springs up the question—you had an opportunity of being convinced of the fact this evening—the question of the significance and the future of Russia, and in terms so general, beginning with creation, without facts or conclusions. They worry and worry away at that unlucky subject, as children chew away at a bit of india-rubber—neither for pleasure nor profit, as the saying is. Well, then, of course the rotten West comes in for its share. It’s a curious thing, it beats us at every point.”

I found V. S. Pritchett’s biography, The Gentle Barbarian:  The Work and Life of Turgenev, fascinating and also very helpful in explaining 19th-century Russian history and the rift between the different groups. Like Potugin in Smoke, Turgenev was in love with a married woman, Pauline Viardot.  He lived for years off and on with Pauline, a Spanish opera singer, and her husband.  It is not clear whether he had sex with her or not; Pritchett and other biographers seem  to think not.  Or perhaps they were briefly involved, and then lived together as friends. 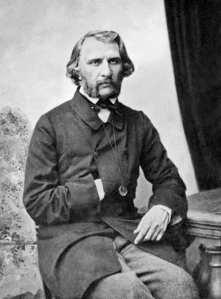 A landowner and the son of an overbearing, abusive woman, Turgenev escaped his mother to study at universities in Moscow, Petersburg, and Germany.  His career as a writer in Russia was successful but he paid the price:  he was jailed for a month after he wrote a eulogy of Gogol, and then a letter to a friend was intercepted. Goncharov, Dostoevsky, and Tolstoy were  jealous of his success.  Goncharov accused Turgenev of plagiarism (there were no grounds), Dostoevsky, a right-winger and a gambler whom Turgenev tried to help, caricatured him in The Brothers Karamazov, and Tolstoy, who never realized it was Turgenev who had pushed for the French translation of  War and Peace,   was very pugnacious with hims.   In Russia, writers were constantly censored, exiled, or jailed.  It was dangerous.  But in France, Turgenev found friends.   He was appreciated by Flaubert and George Sand.

Pritchett describes Turgenev as a gentle, shy, plumpish giant. As a young man, he fell in love with Pauline Viardot’s voice at the opera and went over and over:  he couldn’t afford it, so he went with friends.. Turgenev writes,

His gentleness and shyness vanished as his shrill voice screamed applause, his mad behaviour was the joke of the season. There is nothing like the sight of a giant who is out of his mind.

This short perfect biography, only 258 pages, is beautifully written and very accessible in terms of literary criticism.  Pritchett brilliant.  Would that all biographers had his style!

And I love Turgenev, “a giant who [was] out of his mind!”