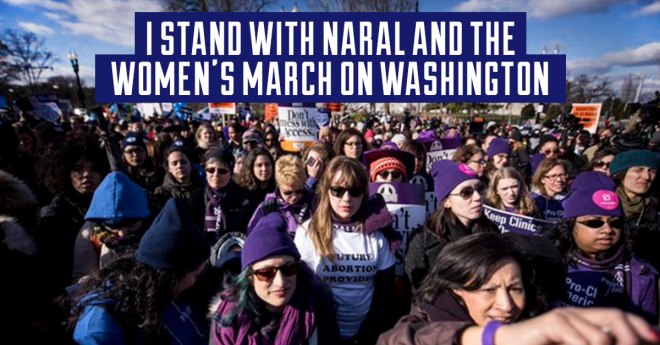 He was talking, thirtysome years ago, about a letter to the editor I’d written about abortion rights. He joked that I could count it as a publication. The department was big on publication. .

Having finished my master’s,  I was working as the volunteer coordinator of a state abortion rights organization, and I was standing at a table in the foyer of B—- Hall, collecting signatures for pro-Choice petitions and postcards, with the slogans,  “I’m pro-Choice and I vote” and “Keep abortion safe and legal.” Over a period of three months, we collected thousands of signatures. And then I packed a suitcase full of postcards and petitions and transported them to Washington, D.C.,  because I was going there anyway, and it saved the organization postage costs.

Who would have guessed that in 2017 women would still be marching for abortion rights and Planned Parenthood?

I am passionate about reproductive freedom.   I never had an abortion; I was good at  birth control: the diaphragm, because it wasn’t smart to take hormones. Many of my friends wisely chose abortion over dropping out of college.  While sharing a house, I brought cup after cup of Celestial Seasons tea to a housemate after her abortion. She was discreet about her sex life, which was conducted entirely outside our house, and one afternoon she wobbled into the kitchen to tell us she was “woozy” after an abortion and could we please sit with her. She soon fell asleep, and the next day she was completely fine and went to classes and work.

On a recent long walk, I thought about the Republicans’ plans to defund Planned Parenthood and criminalize abortion. In some ways, the attitude is very like that of men in ancient Rome.  Concerned about the low birth rate among the upper classes, the emperor Augustus  attempted to regulate marriage and the family with rewards and penalties. Starting at the age of 20, women were penalized for being single and childless; beginning at age 25, men were penalized for not marrying and childlessness.  Women were rewarded for having three children.  As Sarah B. Pomeroy said in her excellent book, Goddesses, Whores, Wives, and Slaves, “Augustus’ marriage legislation was designed to keep as many women as possible in a married state and bearing children.” But Roman women did use contraceptives, some more effective (the barrier method) than others (charms and potions). And abortion was practiced, sometimes by drugs, sometimes by surgery.

Ovid wrote two poems about abortion (Amores 13 & 14). Other poets had written about their mistresses’ illnesses, but he is the first, to my knowledge, to write elegies about abortion.  The first elegy in Ovid’s diptych, though not quite pro-Choice, is certainly sympathetic to his mistress Corinna, whose abortion has gone drastically wrong.

He begins the first poem (and this is a literal translation, so don’t expect poetry):

While she rashly is overthrowing the burden of her pregnant womb,
Corinna lies exhausted in danger of her life.
Having attempted so great a danger without telling me
She deserves my anger, but my anger dies with fear.
But indeed she had conceived by me, or I believe,
It is often for me a fact because it can be.

In the next several lines Ovid writes a formal prayer, which is not unusual in ancient poetry. He prays to Isis, a maternal goddess and healer who had a cult in Rome, and assures her that Corinna honors her and has participated in her rites on given days. Then  he prays to Ilithia, the Greek goddess of childbirth. He assures her he will bring gifts and incense.  “I will add the label, Naso has given this for Corinna’s recovery.”  (His full name is Ovidius Publius Naso.)

He is frantic about Corinna’s illness.  He wants above all for her to live. He is not criticizing the act of abortion per se. But he ends the poem with a gentle rebuke,

If it is right to have warned in such great fear,
let it be enough for you to have struggled in this combat once.

The second elegy in the diptych is a raging attack on abortion.  It begins with a reference to Euripides’s Medea, who said, “I would rather stand in front of the shield three times than give birth once.”  Ovid writes,

What does it help for girls to loiter exempt from military service
and not to wish to follow the wild troops armed with Amazon shields
if they suffer wounds with their own weapons without Mars
and arm their blind hands in their own fates?

He brutally attacks women who have had abortions, saying the first to do so should have died as a result of her action. He adds that he himself, as well as Corinna,  mythological heroes, and the entire Roman population would not have been born if their mothers had had  abortions. He says Medea’s killing of her children was understandable because she wanted revenge on Jason; the tearing of an embryo from the womb is wrong, because it must naturally grow first and why deprive it of its life?   (Nothing about exposing babies, especially female babies on a hillside, which was sometimes done). As always, it is easier for men to deal with the fetus, just an idea to them, than with actual human begins.

Gods, concede that safely she has sinned once.
and it is enough: let her bear the punishment a second time.

I love Ovid.  Don’t get me wrong.  But he was macho and sexist, and in this case, at least in the second elegy,  he seemed to stand with the state.   But which poem did he mean?  The first is much gentler than the second.  The points of view are very different, almost contradictory.  Is he angry now that Corinna has survived, if she survived? But the name Corinna is not mentioned in the second poem.  Only the last couplet seems to link it to the first poem.

Well, it is fascinating.  Roman women did not necessarily want to have many children.  They did have abortions.

Corinna and I are still struggling.