Science fiction is my genre.  Or at least that’s what I always say.

Some of the best experimental American writing comes out of SF these days.

Lidia Yuknavitch’s s strange, haunting literary novel, The Book of Joan, has roots in science fiction. This  spare meta-fictional masterpiece, set in the year 2049, has a sophisticated two-tiered structure: it consists of a book and a book within a book, twin books, if you will, about a post-apocalyptic world.  Christine Pizan, the narrator, is an artist, a “skin writer,” a storyteller, and rebel.  She lives on CIEL, a space station-like structure that orbits a devastated Earth. And Christine’s heroine is Joan of Dirt, a post-apocalyptic Joan of Arc who led the Resistance on Earth.  There is a rumor that Joan is still alive, though politicians, including the populist dictator, Jean de Men,  claim she is dead.  Her burning was filmed, but Christine knows these things can be staged.

Post-apocalyptic life is as wretched as you might imagine. Humans have devolved.  They no longer have genitals.  They cannot reproduce. Christine  meditates on gender politics and resistance.

I am without gender mostly.  My head is white and waxen. No eyebrows or eyelashes or full lips or anything but jutting bones at the cheeks and shoulders and collarbones and data points, the parts on our body where we can interact with technology. I have a slight rise where each breast began, and a kind of mound where my pubic bone should be, but that’s it.  Nothing else of woman is left.  Herein is the recorded history of Christine Pizan, second daughter of Raphael and Risolda Pizan.  I think briefly of my dead parents, dead husband, my dear friends and neighbors and all the people who peopled my childhood on Earth. 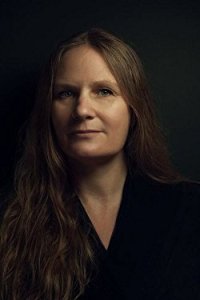 She  has two projects to finish before she is euthanized on her 50th birthday. (All on CIEL are euthanized at 50).  Skin grafting is the new storytelling and she is an expert:   she is carving on her body the text of the story of Joan.  Her other project is to record her own history and the history of Ciel, founded and ruled with an iron hand by Jean de Man.  She also must find a way to communicate with her best friend Trinculo, who is imprisoned and has been sentenced to death.

Yuknavitch subtly intertwines the many threads of the story.  And here’s a  little intellectual background:  the name Christine Pizan is a reference to Christine de Pizan, the medieval  poet and philosopher who challenged and reviled the anti-feminism of the Jean de Meun’s Romance of the Rose.  And the dictator Jean de Men?  Well, like de Meun he fancies himself a writer (skin grafter); he prefers romances.  And the pseudo-artist despot is  determined to find a way for the species to reproduce, through cruel experimentation.

I especially loved the book within a book about Joan.  Christine is all intellect; Joan is all action and instinct.  Joan is also the only person on Earth who still has genitals.  The chapters about Joan are part fairy tale, part war story: Joan is connected with nature and hears the trees and sea singing. One day she comes back from a swim with a blue light in her skull.  She is of the earth, but is also a brilliant general who has fought wars since childhood.   She does what she can to save the very few remaining humans and other species. While CIEL drains the few remaining resources on Earth through technology,  Joan and her companion Leone keep fighting.

This beautiful but disturbing book is short and complex.  Each word matters.  It is by far the best new book I’ve read this year.

I look forward to rereading this slowly.  It’s that kind of book.

4 thoughts on “Lidia Yuknavitch’s The Book of Joan”