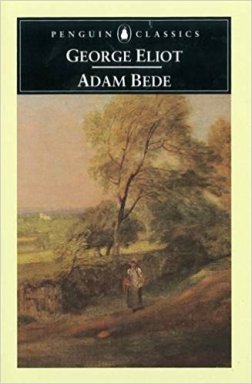 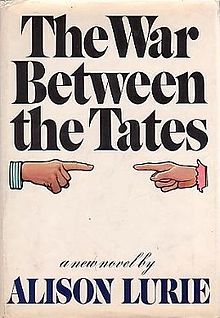 I love to sink into novels that capture the emotional and intellectual experience of women.  But what is a women’s novel?  How can I define it?   During a freezing week in February, I read  Alison Lurie, Daphne du Maurier, Alice Adams, Mary McCarthy, and Barbara Pym.  What do these writers have in common?  Not much.  And yet I refer to them as women’s novels, though conceivably men do read George Eliot and possibly Barbara Pym.

Last year, two men thought they could define women’s novels.  Ron Charles, editor of the Washington Post Book World, and  Robert Gottlieb, former editor in chief of Simon & Schuster, both wrote bizarre articles about the romance genre. And that struck me as deeply cynical.

“What do women want?”  Charles asked last August in  the opening sentence of his bubbly feature article in The Washington Post about a panel on romance novels at the bookstore Politics and Prose. “…The economic power of reading women was on full display Friday night…. The event was a welcome if late acknowledgment that romance accounts for a full third of all the fiction sold in the United States. If that doesn’t get your heart racing, you may be dead.”

It did get my heart racing–because I was appalled!  How about the economic power of the rest of us?

He: Simon Arthur Henry Fitzranulph Basset, Earl Clyvedon, Duke of Hastings, whose face “put all of Michelangelo’s statues to shame” — “the perfect specimen of English manhood,” whose “opinion on any number of topics” is sought after by men and at whose feet “women swooned,” yet whose tragic childhood has left him determined never to marry and, above all, never to father a child who might suffer as he had.

Very funny, and yet the effect is weirdly alienating.  I despise romance novels, but (1) why is the very literary Gottlieb writing about them? and  (2),  Why is The New York Times reviewing romance novels at all? 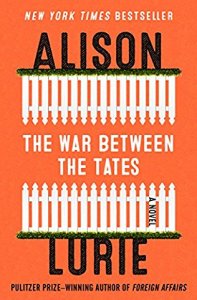 WHAT WOMEN’S NOVELS HAVE I BEEN READING?  I loved Daphne du Maurier’s The Parasites,  a  dramatic novel that begins with Charles, a country squire, calling his wife Maria, who is a famous actress, her brother Niall, a songwriter, and  sister Celia,  “parasites.” Are they or not?  The rest of the novel explores the question. I think this is du Maurier’s best novel, even better than Rebecca.

But my favorite of the lot was Alison Lurie’s The War Between the Tates.  Lurie won the Pulitzer Prize in 1984 for Foreign Affairs, and is one of those writers who, like Mary McCarthy, must be due for a revival. In fact, she shares with McCarthy a taste for  academic satire:  several of her books are set in college towns, not unlike the one portrayed in McCarthy’s The Groves of Academe (which I wrote about here).

In The War Between the Tates, Lurie describes the breakdown of the middle-class Tate family in 1969, a year of upheaval and social change.  Lurie writes partly from the point of view of Erica, an unhappy faculty wife, and partly from the point of view of Brian, an arrogant, manipulative political science professor who has an affair with a student.  This absorbing novel is also a satire of life in a college town, with elements of Lysistrata.

The well-educated Erica, who took Greek in college but is now confined to the role of housekeeper and mother, is unhappy even before she learns that Brian is having an affair.  She  absolutely hates her teenage children.  And she knows that if they are obnoxious, it must be her fault.  All the publications say so.

Erica is in tears and has no one to talk to: Brian is at a conference. Lurie writes,

She is—or at least she was—a gentle, rational, even-tempered woman, not given to violent feelings. In her whole life she cannot remember disliking anyone as much as she now sometimes dislikes Jeffrey and Matilda. In second grade she had briefly hated a bulky girl named Rita who ate rolls of pastel candy wafers and bullied her; in college freshman year a boy with a snuffle and yellowed nylon shirts who followed her around everywhere asking her to go out with him. She had, in the abstract, hated Hitler, Joseph McCarthy, Lee Harvey Oswald, etc., but never anyone she had to live with and should have loved—had for years and years warmly loved.

Something is in the air in the late 1960s.  Her best friend, Danielle, is divorced, and involved in a group called Women for Human Equality Now (Brian refers to them as Hens.)  Students are protesting sexism and the Vietnam War.  And Brian has an affair with Wendy, a graduate student who works very hard at seducing him.

But when Wendy finds herself pregnant and abandoned, she goes to Erica to apologize before leaving town.  Erica deduces that Wendy is pregnant and throws Brian out of the house.   Erica tells Brian he must marry Wendy,  but he has other ideas.  And then  Zed, Wendy’s mentor and owner of the Krishna Bookstore, turns out to be Erica’s old friend from Greek class, Sandy Finkelstein.  She has some male support, though it is clear there will be no romance.

Lurie is a brilliant writer, graceful, sharp, and comical.  I was utterly absorbed in this and do feel like bingeing on all of her books.  This is a women’s book for women and men.  I do feel like recommending it to my husband.  He likes to read a certain percentage fo women’s books every year.  Even though there is nothing specifically called “men’s novels,” I read more women’s novels than men’s and he reads more men’s novels than women’s.  It seems natural, doesn’t it?

What are your favorite women’s novels?