The cat and my husband have a bookish moment.

Tonight we went to the Planned Parenthood Book Sale, which takes place twice a year in Des Moines at the 4-H Building on the Iowa State Fairgrounds. (This one runs from April 19-23).

I quickly ascertained that they had no new Cathy Guisewite cartoons. Do I have the complete set of Cathy comics? Why doesn’t Guisewite write a new comic strip?

We browsed in the classics and fiction sections.

“Look for A Gentleman in Moscow,” I said.  (This is highly recommended by Karen and Cynthia.)

“Look for German books,” he said.

Astonishingly, I did find a copy of A Gentleman in Moscow, by Amor Towles ($9, the most expensive book I’ve bought at the sale, but it is still cheaper than a new paperback).  My husband found a Heinrich Boll and some other German novels.

We found a copy of News of a Kidnapping, by Garcia Marquez. 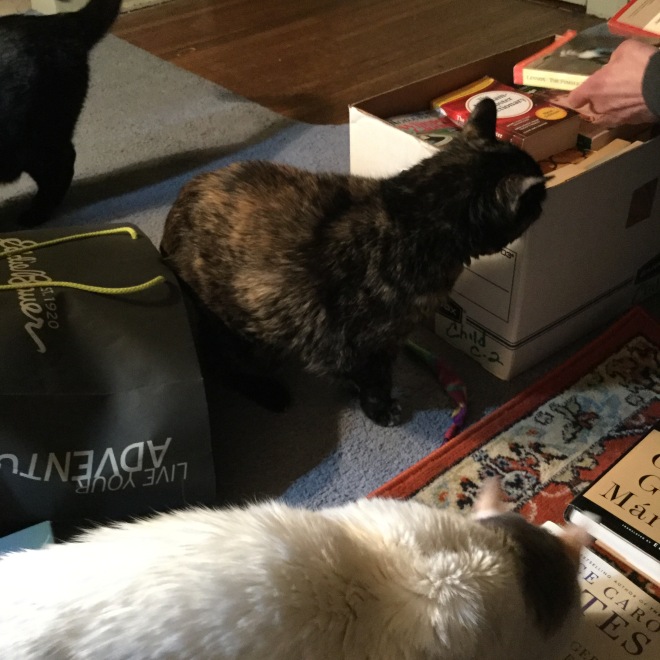 The two elder-cats love the unpacking of the books.  The tortoiseshell expresses interest in the Oxford paperback of The Female Quixote, while the white cat checks out Joyce Carol Oates.

I found two by Joyce Carol Oates, The Gravedigger’s Daughter and Blonde. 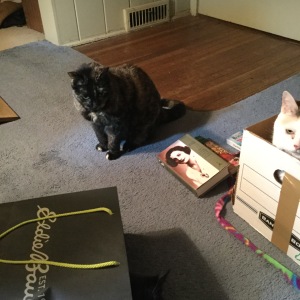 I am happy to have a hardcover edition of Nancy Mitford’s The Pursuit of Love & Love in a Cold Climate.

Arrayed here are:  David Lodge’s The British Museum is Falling Down, Jane Gardam’s A Long Way from Verona, Kawabata’s The Master of Go, Mama Day by Gloria Naylor (who died in 2016), Mary Renault’s The Mask of Apollo, and Betty MacDonald’s The Onions in the Stew.

The Whisper in the Gloom by Nicholas Blake (C. Day-Lewis’s pen name for the Nigel Strangeways mystery series) 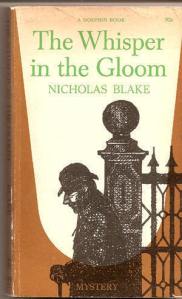 The cheapest books were Onions in the Stew and The Mask of Apollo–each 80 cents.