When our hair turned gray, it was a fun thing:  we defied society by not dyeing it.

Then we stopped looking in the mirror.

The worst thing about aging is the number, though the number of candles on the cake does not correspond to my age.  I insist on cupcakes.  “Someone left the cake out in the rain,” Richard Harris sings in the baffling “MacArthur Park.”  It is supposedly about a breakup, but I think of birthday cake.

The sun and genes have done their work on me.  Squinting on long bicycle trips crinkled my face and the sun striated the back of my hands.   Days at the spa, beauty parlor, and the gym might help, but one can’t reverse aging.  That said, I am grateful that my friends have also aged.  When I see their pictures on Facebook, I think, “It’s not just me!  We’re all the same age.”

Hollywood actresses must strive to be young, even if it means plastic surgery, boob jobs, and crash dieting.  In 2015, a  film critic attacked Carrie Fisher (then 58) for looking too old as Princess Leia in Star Wars:  The Force Awakens.  As Fisher said on Twitter, “Please stop debating about whether or not I aged well or not. Unfortunately, it hurts all three of my feelings. My body hasn’t aged as well as I have. Blow us.” 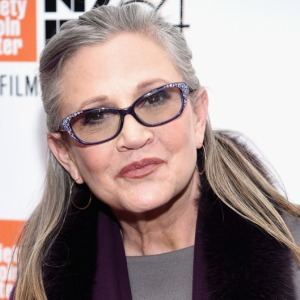 Avoiding the mirror is my favorite remedy for aging, but on a rare trip to the dermatologist, the doctor prescribed what I call a “miracle cream” to unplug pores and smooth out wrinkles. When I remember, I smear it on before I go to bed.  It’s like having a lucky charm.  In my mind it helps!  I don’t look too closely.

Girls and women in literature often use miracle creams, anxious as they are to beautify themselves.  In Maud Hart-Lovelace’s charming Betsy-Tacy series, which I read over and over as a child, Betsy tries a facial cream (perhaps for freckles?  I can’t remember), but is doubtful about the results.

In  “Under the Blue Sky of Iowa,” an essay in Minae Mizumura’s The Fall of Language in the Age of English, this brilliant Japanese writer describes a month of culture shock in the International Writing Program with a large group of writers from different countries.  On a weekend trip to Minneapolis, she shares a hotel room with a Polish writer who slathers her face with some kind of cream.  And Mizumura thinks about the difference between writers from rich countries like Japan and poor countries like Poland.

…Ligia then went straight to the dresser, sat on the chair in front of the mirror, and started putting gobs of cream on her face.  Her face immediately began to shine.  I watched, mesmerized:  in this day and age, is there a cream that you slather on like that after washing your face?  I thought of my own tiny jar of expensive “night cream,” which I use only sparingly.  Was it possible that the historical development of eastern European women’s makeup was still stalled at the stage of cold cream?

At sixty-one Celia Cohen found herself suddenly at the age when if she greeted friends only slightly older, she would find their skeletons grinning back at her. What, she would think, so soon? And she would wonder how much she had in common with those bony, blear-eyed faces. Her shoulders were rounded from years of joyful hunching over books, and she feared decay and breakage as well as her tendency toward all-over roundness, which led her to perform calisthenics every morning. If the day was fine she would also go into the woods and practice some once martial, but for her peaceful, art.

No cold cream there, but t a very poignant and apt description of our changing looks.

12 thoughts on “Cakes, Cold Cream, and Aging in Life & Literature”