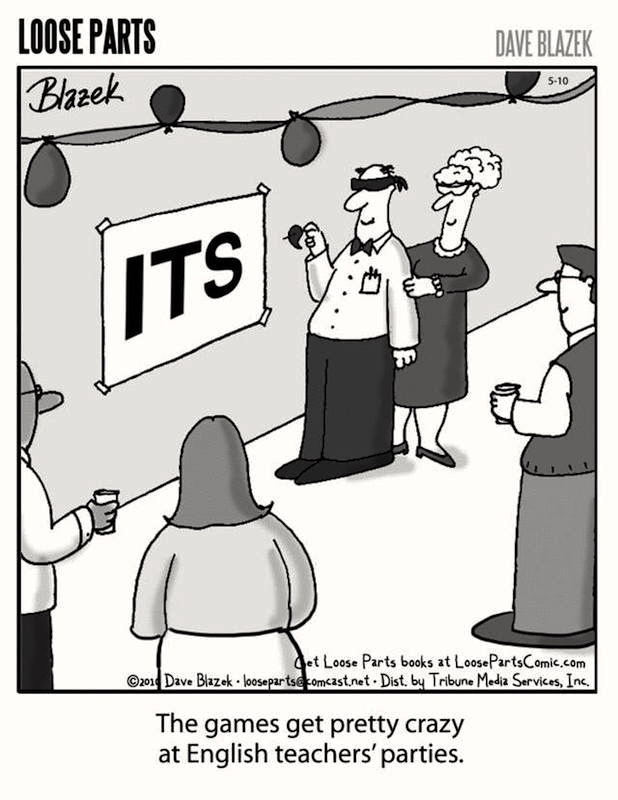 Everybody hates a grammar show-off:  no wonder my post “The Hipster Nerd’s Pronoun Crisis” excited mild controversy. Mind you, I do not set out to find grammar mistakes.  Egregious errors jump off the page at me.  But in the name of political correctness (and since my politics are radical I never expected to use that cliche), pronouns can prove contentious.  Who knew?

I have concluded that there is a pronoun crisis.  Editors no longer understand the correct use of pronouns (he, she, it, they, one, everyone, anyone, someone, who, etc.).  And they have not mastered that simplest of rules, the agreement of pronouns with their antecedents in gender and number.

Much to my dismay,  I have noticed pronoun errors recently in the TLS : the third-person plural pronoun “they” has been used to refer back to  singular pronouns.  The following sentence is so bafflingly awkward that I am surprised it saw print, but let me concentrate on the pronouns.

“When you read about someone working their way through their intended-to-impress reading list, it helps you to imagine that you too are capable of accomplishing such a feat.”

I challenge you to rewrite this unwieldy sentence with any semblance of elegance.  The reward?  Some Penguin postcards.  (You’ll need them to write to editors.)

At my original post last week, many comments were enlightening, and five out of eight commenters agreed with me, so I was pleased.  The novelist Liz Bass explained, “There is also a movement to make language gender neutral by having individuals opt in to be referred to as they and their. The first time someone requested I do this I was trying to organize something in a group email, and referring to one person as ‘they’ just confused everyone.”

(I think I’ll curl up with Dorothy Parker later…)

Grammatical errors proliferate on the internet.  Who is responsible?  The editors of the online tabloid BuzzFeed can take some credit. The illiterati have praised a tome with the unpromising title,  A World Without “Whom”: The Essential Guide to Language in the BuzzFeed Age.  The author Emmy J. Favilla is a former copy editor at Buzzfeed and Teen Vogue and is now the BuzzFeed Senior Commerce Editor (does that mean advertising?).

On the bright side, The New York Times continues to fight the good fight.  I am a fan of New York Times book critic Jennifer Szalai because of the gorgeous agreement of pronouns in this sentence!

To the gig-economy worker who has no idea how many hours she’ll be putting in next week (much less whether she’ll make enough to pay her rent or her health insurance), the prospect of donning a fedora, taking the commuter train into the city, sitting at a desk from 9 to 5 while her ample pension benefits accrue — well, it sounds like a fantasy now.

You won’t be surprised to hear that George Orwell was a master or pronouns:

If the intellectual liberty which without a doubt has been one of the distinguishing marks of western civilization means anything at all, it means that everyone shall have the right to say and to print what he believes to be the truth, provided only that it does not harm the rest of the community in some quite unmistakable way.

And the TLS columnist J.C. is impeccable.  He wrote in a recent column:

It was the dawn of what our writer called “the New Permissiveness”, and he or she foresaw an all-too permissive future.

Perhaps the English language will survive, but there will be much tweeting of emoji.