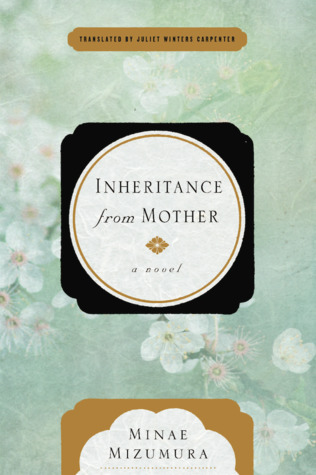 If you are an avid reader, a professional job may not be ideal. If you have prolonged the reading life by staying in school for a preposterous number of years, you experience culture shock in the real world.   Instead of lingering in a library in sweatpants translating Sophocles or dallying over a thesis on Lily Bart’s walks,  you suddenly must dress up, commute, and work eight hours a day.

And you no longer have time to read!

No one will pay you to read great books:  even if you are a professor,  there are endless committee meetings.   If you land a teaching job at a posh school, you also must coach a sport. (And have you ever played a sport?) If you are a paralegal (and that’s one option), you must be detail-oriented, work long hours, and look after your golf-playing boss.

Many women of my generation opted for part-time jobs.

There must be women’s novels about part-time work, but none could be better than Minae Mizumura’s Inheritance from Mother, which won the Osaragi Jiro Award in Japan. The middle-aged narrator, Mitsuki Katsura, loves to read novels, and for years she has worked as an adjunct at a university and as a French translator.  When the novel opens, Mitsuki is under a lot of stress: her mother has just died, and she has learned that her husband, who is on sabbatical in Vietnam, is having an affair.  Mitsuki has  ruined her health taking care of her mother, whom she hated.  Although she and her sister spent lavishly on an exclusive nursing home and private rooms in hospitals, they are relieved she is dead, and their inheritance from their mother will especially ease Mitsuki’s life.

During her mother’s many illnesses, Mitsuki has had to find substitutes for her classes and fallen behind on her translations.  She would like to quit all her jobs, but her husband insists that she keep working.  In this graceful, brilliant novel, the worried narrator contrasts her memories of strength and youth with her current sadness and breakdown of health.  I am very interested in her jobs, and here she recalls the serendipity of finding them:

…after Mitsuki got her master’s degree, to their surprise and delight she was offered a job teaching French at a private university. The invitation came from a professor who died a few years ago, a brilliant literary translator with a forehead so pronounced you’d have thought his cranium was swollen from overtaxing his brains. Mitsuki had never been much of a scholar, but in graduate school she’d fit easily into the top echelon thanks to her year with a French family; her deep love of novels had also served her well, winning the professor’s approval. And so, despite never having aspired even to teaching elementary school, she became a college teacher.

When her mother was hit by a bicycle and broke her hip, Mitsuki was forced to turn down the job of a lifetime, translating Madame Bovary into Japanese for a new paperback edition. And her cold husband had no compassion:  he said that her other part-time jobs were more important because they paid more.

This is not a novel about work—it is about love, grief, and death–yet work and money are behind most of the characters’ decisions, extending back to Mitsuki’s mother’s spending more on her older sister’s education and  banishing her ill husband to a cheap facility (where he died in a ward of eight men) because she didn’t want to take care of him..

Mizumura is one of the best writers today, and her translator, Juliet Winters Carpenter, has won awards. Mizumura’s A True Novel is one of my favorite books.  (I wrote about it here.)

Are there any novels about women working part-time?

2 thoughts on “Work, Money, and Reading Novels: “Inheritance from Mother” by Minae Mizumura”