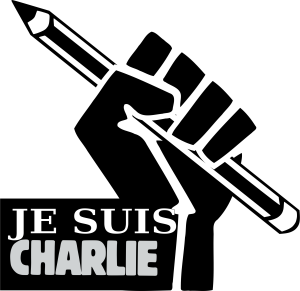 Anyone who has been ostracized or blackballed for voicing a controversial opinion on Facebook, writing an incendiary op/ed piece, a too-critical blog, an impulsive e-mail, an unflattering caricature, or a provocative tweet learns that challenging the status quo is dangerous.

It is comforting to know that PEN exists to protect freedom of speech.

But not always, it would seem.

Approximately 145 of  the 3,000-plus members of the PEN American Center are protesting the PEN Freedom of Expression award to be given to Charlie Hebdo in May.

These reactionary  fiction writers, among them Francine Prose, Peter Carey, Michael Ondaatje, Teju Cole, and Junot Diaz, are using what I  call the argument of “political correctness” to condemn Charlie Hebdo’s cartoons as offensive, incendiary, and unworthy of the award. Do I laugh at political cartoons?  I do. Are they offensive?  Often.   Will I ever again buy books by the PEN “protestors”?  No, though I’ve always liked Carey and Ondaatje. Never mind. There’s always Juvenal, Jane Austen, Joseph Heller, Kurt Vonnegut, and MAD Magazine.

I applaud PEN for giving the award to Charlie Hebdo.  I admire Andrew Solomon, the American president of  PEN, who told NPR,”There have been very few places where people have consistently and constantly been willing to say the things that are offensive and to defend them as part of free speech.”

And thank God for Adam Gopnik’s article, “PEN Has Every Right to Honor Charlie Hebdo.” in The New Yorker,  April   30.

Their work, as I’ve written, was not for those who like subtlety and suavity in their satire—it was not entirely to my own taste—but they were still radically democratic and egalitarian in their views, with their one passionate dislike being, simply, the hypocrisies of any organized religion. Few groups in recent French history have been more passionately “minoritarian”—more marginalized or on the outs with the political establishment, more vitriolic in their mockery of power, more courageous in ridiculing people of far greater influence and power. They were always punching up at idols and authorities. No one in France has, for example, been more relentlessly, courageously contemptuous of the extreme right-wing Le Pens, père et fille.

You can also read a fascinating article at the PEN American website explaining the reason for the award.

And here is a quote from the article.:

Only a handful of people are willing to put themselves in peril to build a world in which we are all free to say what we believe. In continuing publication after their offices were firebombed in 2011 and again after the massacre in January, Charlie Hebdo’s current staff have taken that exact position.

The “assassin’s veto” over speech has become a global phenomenon in recent years and, even more vividly, in recent months, when we’ve seen killings not just in Paris but also in Copenhagen and Bangladesh. Reflecting the intensification of violent intolerance for speech considered offensive by some, former PEN American Center President Salman Rushdie has commented that while he would write The Satanic Verses again today, he does not believe that he would survive the reprisals in this era.