DO THESE COVERS INDICATE “CHICK LIT?”

I no longer hear about chick lit.  For several years it was all Bridget Jones and novels with pink and turquoise covers on the tables at the bookstores.  Then the genre disappeared.

I was at the bookstore recently and saw several new books with woman-friendly pastel covers!  Are these chick lit indicators?  Wouldn’t you love that martini or that beach hat?   These cute books look like fun. 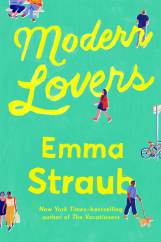 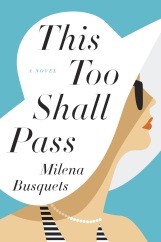 And now:  Week Three of My Summer Reading Project, The Tale of Genji.

How am I doing with Genji?

The prose is lush, and I am enthralled by the poems, complete with allusions to Chinese poems, exchanged by the anti-hero, Genji, and his girlfriends, as part of their courtship. The Tale of Genji is one of the first long literary works by a woman.  The author, Murasaki Shikibu, a lady of the Heian Court, entertained the Empress and Emperor with chapters from her long romance.   And this 1,000-plus-page work of art has influenced many Japanese writers.

But I lack a cultural context.

In the introduction to the Knopf edition, translator Edward G. Seidensticker explains the publisher requested minimal notes. So the prose washes over one but I’d like more background.

And so I tried  The Summer of Genji website, where a readalong was sponsored in 2010 by The Quarterly Conversation and Open Letters Monthly. The intelligent post-ers were not, alas, Japanese scholars,  and I can’t pretend their witty posts elucidate the text.  Is  Genji really a stalker and rapist, as some of them suggest?   Well,  he is not violent, but on the other hand he is not adverse to slipping into the rooms of bachelorettes, young wives, and randy 60-year-old women, often without permission.   But Genji is, as I understand it, a tale of courtly love!

Shikabu describes Genji early on satirically but affectionately. Here’s a paragraph from the Dennis Washburn translation:

THE RADIANT Prince—a splendid, if somewhat bombastic, title. In fact, his failings were so numerous that such a lofty sobriquet was perhaps misleading. He engaged in all sorts of flings and dalliances, but he sought to keep them secret out of fear that he would become fodder for gossips who delighted in circulating rumors about him and end up leaving to later generations a reputation as a careless, frivolous man. Genji was keen to avoid the censure of the court and, thus constrained, went about feigning a serious and earnest demeanor for a time, abstaining from all elegantly seductive or charming affairs. No doubt the Lesser Captain of Takano, that legendary lover, would have been amused.

He is clearly a flawed hero! But I see no indication (yet) that Shikibu regards his affairs as rape. He is described as stunnngly attractive, both to women and men (who all think he would attract them if he were a woman).

So what did Shikibu think of Genji, and what did eleventh-century readers think?

I did find an excellent essay online by Royal Tyler, “Marriage, Rank and Rape in The Tale of Genji,” in which he talks about this ttopic. Tyler is the translator of the Penguin edition.

There are two basic evaluations of Genji’s love relationships. One, established for centuries and still current, accepts the position taken repeatedly by the narrator herself, to the effect that Genji is all but irresistible; that he values character as highly as he values looks; and that he never abandons any woman with whom he has established a bond. These are striking or admirable traits, and Genji has often been praised by both men and women as representing an ideal. However, a reaction against this sort of view has set in recently in Japan, North America, and no doubt elsewhere… T he dissenters charge Genji with crimes against women

I do wish I had Tyler’s translation! As it is, I have gone back to Dennis Washburn’s scholarly edition, which I bought last summer and found a little heavy-going, but I need his extensive footnotes. And in the excellent introduction he explains that Shikibu “satirizes the foibles and hypocrisies of the nobility,… while at the same time reinforcing or affirming fundamental aesthetic, moral, and religious values in a way that was flattering to the self-regard of court society.”

And about the reception of the text:

The story has been read as a moral and religious guide, as a source for historical data on court society, as a feminist text and post-feminist text, as a marker of cultural literacy and national identity. Whatever we make of these individual interpretations, taken together they serve to remind us that the privileged position of the work is not based entirely on qualities intrinsic to the text, but is instead constructed from a long, complex history of critical reception.

I do believe it is necessary to know something about the context and not think about this simply in modern terms.  Thank God for scholars!

And so I read on…

No more Broch: There’s a new sherriff in town!

It is a running joke in my family that I have a Giant Book Project every summer. I am happy to read a giant Dickens, a giant George Eliot, or a giant Sigrid Undset. No one would  be surprised to see me lugging a set of Balzac in one of those carts you attach to your bike.   In 2010,  I made a mistake: I decided to read Hermann Broch’s modernist classic, The Death of Virgil. I have started it, abandoned it, and restarted it for six summers… and after 100 pages last year I crossed it off my list as unreadable.

Naturally it should be the perfect book for a former Latin teacher who taught Virgil’s Aeneid many times.  (Arma virumque cano, Troiae qui primus ab oris/Italiam, fato profugus...  And if I were your teacher, you memorized more.)

What could be more intriguing to a Latinist than a novel depicting Virgil’s dying days, in the form of poetic stream-of-consciousness, with the sole action in the first 100 pages being the dying man’s ogling  a boy  as Virgil is carried on a stretcher from Augustus’s ship to the palace?  Give me a cereal box.  Give me the directions to the microwave.  Give me The New York Review of Books. Snore zzzzzzzz

Lovely prose, if you like your sentencesto go on for pages.

That floating goes on for a couple of more pages.

In Mary McCarthy’s academic satire, The Groves of Academe,  she sketches a hilarious picture of a “progressive” college where the students have tutorials instead of classes, and major in whatever they want, even if it is Broch’s The Death of Virgil and they don’t know Latin.  I can ditch the whole problem of what is possibly a bad translation of Broch and reread Virgil in the original.

So what will my Big Book of the Summer be?  You know, the one I’ve always meant to read, but never finish!

The Tale of Genji.

Years ago I read 300 pages of this lyrical  if rambling eleventh-century Japanese novel in Tyler Royall’s translation (Penguin).  l enjoyued it up to a point, but shut the book one day and realized I preferred reading Fielding’ randy rambling Tom Jones  to Lady Murasaki’s  randy g1100-plus page masterpiece.  But Last summer I had second thoughts: I bought an e-book of Dennis Washburn’s new scholarly translation for $2.99.  I quite liked it in moderation, but I was critical of Washburn’s style.  It has that slightly awkward air of this-may-fit-well-in-Japanese-but-the English-is-improvised-Western-man-meets-Lady Marasaki.

I am, however, not wedded to this transltion.  In Ian Buruma’s review in The New Yorker last summer, he described the difficulties of translation, named the former translators, and  compared  their styles of other tarnslators. 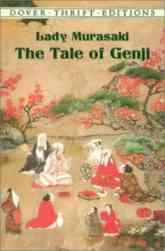 The chief difficulty in translating “Genji,” into modern Japanese almost as much as into English, is the extreme elusiveness of Heian-period court Japanese—not just the language itself but also the many references and allusions. Every page is sprinkled with poems or phrases pointing to Chinese and Japanese literary sources that an eleventh-century aesthete might have been proud to notice but are lost on most Japanese today, let alone the reader of an English translation. Another problem lies in the character names. Since it was thought to be rude to call people by their birth names, most of the people in “Genji” are identified only by rank. A common solution in translations is to use nicknames derived from poems the characters compose or from their physical surroundings or qualities: Lady Rokujo lived in a mansion on Rokujo, or Sixth Avenue; Lady Fujitsubo lived in the Fujitsubo, or Wisteria Pavilion. Genji’s grandson, Niou, a devastatingly handsome womanizer, is known as the Perfumed Prince, because of his exquisite smell (niou, in Japanese).
A literal translation of “Genji” would be unreadable. And the vagueness, so poetic in Japanese, would simply be unintelligible to the Western reader. The trick is to retain the flavor of Murasaki’s lyrical style while transmitting, with some degree of precision, what she meant to say. Since we often don’t really know what she meant, much has to be left to guesswork and interpretation.

The two most famous English translations of “Genji”—Arthur Waley’s, in the nineteen-twenties and thirties, and Edward Seidensticker’s, in 1976—could hardly be more different. Waley regarded gorgeous prose as more important than accuracy. When he found a passage, or even a whole chapter, too boring or obscure, he just skipped it. He compensated for the vagueness of the original Japanese by making up something equally lyrical in Bloomsbury-period English.

This is all very interesting, and I’m thinking of trying the Waley or Seidensticker.

Have any of you read this?