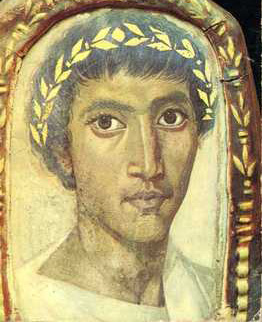 I am not the kind of person who pounces on typos and sends in corrections to The New Yorker. I do not particularly care to show up a writer or editor.  As a woman in classics in the ’70s and ’80s, I learned to underplay my hand with  insecure colleagues who were upset by my talent for classical languages, furious about their own failures, or just misogynists. Whether or not publishing is as male-dominated as classics used to be, it is a jittery business.  But I am such a nerd: Latin errors leap off the page at me. I am a reincarnated Roman or something. And, I must confess, I read a lot of Latin poetry.

For eleven years I was a hipster nerd Latin teacher.

This prepared me for a life of finding Latin errors.

I prepared my students for the life, too.

My first experience in finding a  Latin error in a book was in 1983 when I read Paul Fussell’s very amusing book, Class: A Guide through the American Class System. I gave my students  extra credit on a quiz for identifying the error. (They were delighted.)  And I wrote a letter to Fussell in the belief that he would want to correct the error in the paperback edition.

He wrote back saying he doubted the error would be corrected.

Latin errors do not seem to occur in books published, say, before 1960.  After that the errors proliferate.  One of my favorite books In 2009 was A. S. Byatt’s brilliant novel, The Children’s Book, (Vintage, the UK edition).  You guessed it, I found an error.

Gratias tibi agimus, omnipotens Deus, pro his et omnis donis tuis.  (“We thank you, all-powerful God, for these and all your gifts.”)

See the word omnis (third from the end)?  That ending should be -ibus, not –is, The word is omnibus. Yes, it’s the ablative plural of a 3rd-declension adjective.  I didn’t write to Byatt, but I did mention it on my  old blog.  Perhaps the ending was  corrected for the American edition? Probably not.

I have found many errors over the years.  I note them neatly in the back of the books.  I just found a Latin error tonight in the Dalkey Archives edition of Aldous Huxley’s Antic Hay.

There is a typo in the quote  from Catullus’s famous poem 5:

I’m sure that some of you find errors in modern books, too.  What are they?

4 thoughts on “Blame It on the Editor: A Latin Nerd Finds Errors”