My “War and Peace” collection.

I reread War and Peace every year.

I started reading it again on New Year’s Day and just finished it a few hours ago.

No, Kat, you cannot! 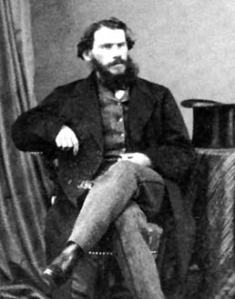 But War and Peace says everything, no?  Why read anything else?  The translator Rosemary Edmonds wrote,  “War and Peace is a hymn to life.  It is the Iliad and the Odyssey of Russia.  Its message is that the only fundamental obligation of man is to be in tune with life.”

Tolstoy’s brilliant, entertaining chronicle of Russia during the Napoleonic wars is a pageturner.  Tolstoy said it was not a novel.

It is not a novel, still less an epic poem, still less a historical chronicle. War and Peace is what the author wanted and was able to express, in the form in which it is expressed.

Of course it is a novel, or I would not love it so much, but it also mixes in history and philosophy. Every character is vivid; every scene so realistic that I feel I live in nineteenth-century Russia.  I have read five different translations, and have a collection of four on my shelves: in the photo at the top of the page, you see the Maude translation (Oxford World Classics paperback, top), the Anthony Briggs translation (brown Penguin trade edition, second from top); the Richard Pevear and Larissa Volokhonsky translation (Vintage paperback with the orange spine, third); and the Rosemary Edmonds translation (Folio Society, two-volume set).

Frontispiece of the Folio Society edition, 1997 reprint of Edmonds’ translation

I just read the Edmonds translation for the first time.  It was first published by Penguin in two volumes in 1957.

I was drawn to it because it was available in two volumes.  It is easier to heft one 700-page volume than one 1,400-page book.

Is Rosemary Edmonds the best translator of Tolstoy?  I am enraptured by her prose.

Her style is simple and graceful, neither too literary nor too literal.  It lies somewhere between the Edwardian elegance of the Maudes and the deliberately rough fidelity of Pevear and Volokhonsky to Tolstoy’s allegedly awkward syntax and inelegant repetitions.

Edmonds is a translator who allows you to forget you are reading.  You fall into the book and live there.

This afternoon I was particularly moved by Denisov’s grief over the senseless death of Petya Rostov.

It is the constrast between the reactions of the unfeeling officer Dolohov and the brave, kind-hearted, lisping officer Denisov that made me cry.

When Dolohov notes Petya is “done for” and rides away from the corpse, expecting Denisov to follow,

Denisov did not reply.  He rode up to Petya, dismounted, and with trembling hands turned Petya’s blood-stained, mud-bespattered face–which had already gone white–towards himself.

“I always like sweet things. Wonderful raisins, take them all,” he recalled Petya’s words. And the Cossacks looked round in amazement at the sound, like the howl of a dog, which broke from Denisov as he quickly turned away, walked to the wattle fence and held on to it.

Much of the action in War and Peace revolves around Moscow and Petersburg society.   I love the descriptions of  the balls in Moscow, the political salons in Petersburg, the hunts in the country, Natasha’s singing, the name-day parties, Nikolai’s fondness for simple army life, Pierre’s experiences with the Masons, Andre’s thoughts on God, Maria’s faithfulness and intelligence, and the orphaned Sonya’s struggles to remain true to her love for Nicholas in the face of disapproval from the Countess.

The award-winning Pevear and Volokhonsky are widely considered the best Russian translators these days.    In  The New York Review of Books , Orlando Figes explains it is because they do not over-refine Tolstoy’s language and succeed in replicating his somewhat awkward style in English.

In the English-speaking world there is a common perception, largely due to Garnett’s translations, that Tolstoy’s style is classically simple and elegant. This is only partly true. Tolstoy writes with extraordinary clarity. No other writer can recreate emotions and experience with such precision and economy. His moral lexicon is penetrating and direct, without the nuances and ambiguities that make Pushkin so complex, and in this respect Tolstoy’s writing is relatively easy to translate (“goes straight into English, without any trouble,” Garnett said ). But there are other elements of Tolstoy’s literary style, in War and Peace in particular, awkward bumps and angularities that have been ironed out, not just in Garnett’s translation, but in most of the subsequent translations of this masterpiece.

Which is your favorite translation? Constance Garnett?  The Maudes?  Anthony Briggs?  Pevear and Volokhonsky?  And does the translation really matter?

19 thoughts on “The War and Peace Collection: Is Rosemary Edmonds’ Translation the Best?”