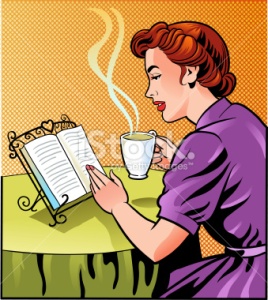 I went to the coffeehouse with 100 books on my e-reader.

But I couldn’t, because I’d only downloaded the sample.

So I kept scrolling through my library.

There must be a new book on this somewhere.  Isn’t that what it’s for?  A repository for all the new, hip, great books that win awards or get reviewed in The New Yorker. 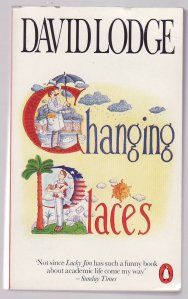 Wait, I found a living writer. David Lodge!  I abandoned his 1975 academic satire, Changing Places, at Location 2681.  (Why can’t they provide a page number?)

The quote below is very funny.

The characters are not talking about students’ IQs. They are discussing the size of penises.

Perhaps I’ll get back to this someday, but it’s hardly a new book, is it?

And finally I’m into the 21st century with Kelly Link’s new collection of short stories, Get in Trouble, which I’ve already read.  (A brilliant book, which I highly recommend for fans of very literary fantasy, SF, and horror.) 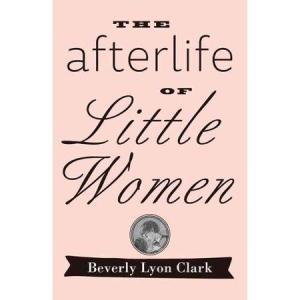 And then I find a new book to read!  Beverly Lyon Clark’s The Afterlife of LIttle Women, a scholarly study of the history of the reception of Louisa May Alcott’s masterpiece.  I read “25%” (why not a page number?) of this fascinating, readable book last winter.  Then I forgot I had it.  That’s the problem with the e-readers.

And so I was able to read one of the “latest books” on my e-reader after all.

8 thoughts on “Catching Up at the Coffeehouse: Where Are My New E-Books?”