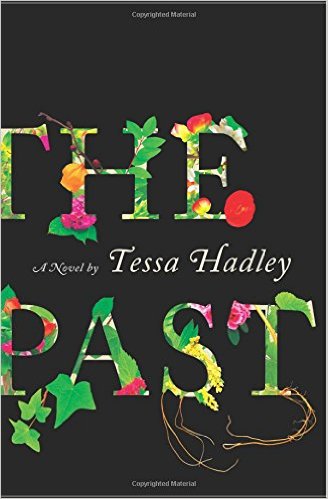 I have always read compusively in the English canon.  As a girl I indiscriminately read Rumer Godden, E. Nesbit, Jane Austen, Georgette Heyer, and Dickens, and unconciously read them as fantasies, so different were they from my life.   Later, I considered moving to England.  And then I discovered the novels of Margaret Drabble, whose characters, especially Rose in The Needle’s Eye, an heiress who chooses to live in a rundown house in a crumbling London neighborhood, convinced me I was  living an English life in the U.S. anyway (except the heiress part).

A few years ago, I discovered the writer Tessa Hadley.  Although she is not as polished as Drabble, she is continuing  the tradition of Drabble’s intelligent novels about the vicissitudes of  middle-class women’s lives.  Hadley’s writing is lyrical yet slightly flat, and, like Drabble, she seamlessly interweaves English life, history, literature, and the changing culture.  Reading her new novel, The Past, is a transcendent experience: every sentence is exquisitely crafted, and every character brilliantly alive. The book has a tripartite structure:  “The Present,” “The Past,” and “The Present.”

In the first and last sections, called “The Present,” four adult siblings spend a three-week vacation together in the dilapidated, moldering rectory where their mother grew up and their grandparents lived for decades.  They must decide whether to keep or sell this summer cottage.  The characters are irritating as they obsess and bicker.

Fortunately this is interrupted by the powerful middle section, “The Past,” which elucidates our understanding of their entwined yet separate views of the past, and makes this a luminous novel.

In “The Present,  two of the siblings are content with their holidays; the others are deeply bored or confront their unhappiness. Harriet, the oldest, a former radical, advises asylum seekers and has an unsatisfying personal life; Roland, a popular philosopher, pays little attention to his sisters because he has a new wife, Pilar, a beautiful lawyer from Argentina; Alice, a former actress, is the most imaginative and connected to their past; and Fran, a math teacher with two unruly children, is furious at her husband, Jeff, who is away with his band. Alice has also invited an old boyfriend’s son, Kasim, who is bored in college, and he falls for Molly, Roland’s teenage daughter by an earlier wife.

Alice, the middle sister, is the central character, a kind of actressy Antigone who refuses to bury the culture of the past.   It is she who loves the moldering country rectory uncritically, though it needs a new roof and many other repairs.  She is the most nostalgic character, and recaptures the past by rereading their mother’s and their own children’s books–she starts with E. Nesbit’s  The Wouldbegoods–and their grandmother’s letters. But, typically, she arrives without her key, and begins the visit by looking in the windows.

From the beginning, the siblings squabble about what the past means.  Alice holds forth “in one of her diatribes against modern life”  that modern objects are not beautiful and have no meaning.  Roland is “wary of [her] evaluative judgements,” while Harriet dismisses her romanticism.  Fran also gangs up against her.

–It’s a bit late for peasants carving bowls, Alice, Fran said.–I don’t think you’re going to get that particular genie back into its bottle.

–Not just peasants.  It’s the way that people lived more slowly, and kept the same things all their lives, and took care of them.  Our whole relationship to the things we owned was different.  I hate how we throw everything away now.

Alice was more of an actress in her private life, Roland thought, than she ever was in the years when she had tried to be one on the stage.

Why all the dead dog scenes?  Dogs in literature so often meet a terrible end, have you noticed?  And the meaning of the dead dog is…  well, I never figure that out. MIt’s a bit Gothic.

But all is forgiven after reading “The Past,” the illuminating story of Jill Fellowes, their mother, who,  in 1968, leaves her adulterous journalist husband  and takes her three children to her parent’s house, hoping to start a new life there.  She is sweaty, earthy, and sexy, and candidly admits that she and the children stink after a long ride on the train and the people who drove them from the station will have to air out their car.  Jill loves being on her own, and looks at houses for rent, including the cottage in the woods (where the dead dog now is).    This section reads like a miniature Margaret Drabble novel.  And Jill happens to be reading a library book by Margaret Drabble.  Tragically, Jill dies of cancer.  It is “The Past” that makes the rest of the book so luminous.

According to Hadley in the acknowledgements, she has borrowed the structure from Elizabeth Bowen’s The House in Paris.  Reviewers have all discussed the influence of Chekhov’s The Three Sisters.  No mention of Drabble, but it’s here.  Hadley wrote a fascinating article for The Guardian on Drabble’s The Millstone.

One thought on “Tessa Hadley’s The Past”