Bernie and Hillary in debate.

As I clean the kitchen, I listen to NPR.  I am scrubbing pots and pans as they chat about Trump and the Republicans. Finally they speak about the Democrats. I am pleased to hear Bernie Sanders is ahead in the polls in New Hampshire.

I admit, I was leery about this year’s election.   The Democrats and Republicans seem to alternate every eight years.  I had that listless burned-out feeling  that it would not matter whom I voted for.  The Democratic race between Bernie and Hillary has perked me up. A Democratic Socialist   for president?  Yes!

No one is much surprised when I say I’m voting for Utopia.  We haven’t had a candidate like Bernie in a long time.

There has been a recent uproar among Hillary supporters trying to attract young women voters.  According to The New York Times,  Madeleine Albright, the first female Secretary of State, said at a Hillary rally that the true “revolution” would be electing the first female commander-in-chief.  Okay, I see her point.  But she also reportedly said, “There’s a special place in hell for women who don’t help each other!”

Very disconcerting. No, there is not a hell for women who prefer Sanders, a Democratic Socialist, to Clinton, the Establishment candidate.  Women can help each other even if they vote for a man who supports women’s issues. 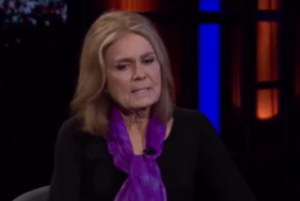 Hillary Clinton had trouble attracting young women voters in Iowa, and is allegedly behind in the polls with women of all ages in New Hampshire. And so older feminists are speaking to the young on her behalf.   The New York Times reported that Gloria Steinem said in an interview with Bill Maher last Friday that women became radical when they get older.   “When you’re young, you’re thinking, ‘Where are the boys?’ The boys are with Bernie.”

As a girl  I was influenced by the savvy Steinem, and this doesn’t sound like her.  Perhaps it was quoted out of context.

Certainly life was different in my girlhood in the ’60s and ’70s when Steinem became a famous political activist.  It was intense:  irony and indifference were not trendy. I am quite sure I would  have voted for women of either party had I been able to vote in my teens. Perhaps it’s good I didn’t have that power then.   In 1972, when I heard Shirley Chisholm, the first African-American woman to be elected Congresswoman and to run for the Democratic party presidential nomination, speak in a crowded auditorium, I thought the revolution  was here.  (It was a moot point, since I wasn’t old enough to vote).

And I wasn’t a revolutionary for long.  I became absorbed in my personal life, dropped in and out of college, and finally committed to Latin and ancient Greek.  That was pure; that was enough.   I had no intention of voting the year I was finally eligible. Then an activist  from the county Democratic party headquarters offered me a ride to the polls. That was how I learned my civic duty as a voter.

And I can’t help thinking that it’s encouraging that young women are voting, whether for Bernie Sanders or Hillary Clinton.  I am not, of course, quite so happy if they’re voting for Republicans.  Are Democrats getting out the vote?  Driving people to the polls?  Believe me, it makes a difference.

There’s a long way to go before the election.  The count that will really count will be at the Democratic convention in Philly.

Meanwhile, no one can tell you whom to vote for in the primaries and caucuses.