Everyone wears bifocals eventually.  The readers, the non-readers, the cool people, the uncool.   It doesn’t mean you have four eyes.  It means you have “two distinct optical powers” (Wikipedia). 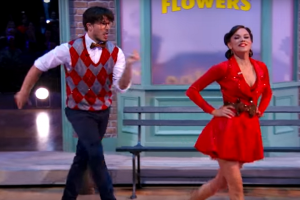 Gleb on Dancing with the Stars

Recently I was racing through an Oxford paperback of Mrs. Humphry Ward’s Robert Elsmere and troubled by the tiny print.  I don’t know the point size, but it was microscopic.   Even my bifocals didn’t help.

I read the free e-book and that worked fine.  Still, I loved this book so much I wanted a hard copy.  I ordered a University of Nebraska Press ex-library book copy for a penny, and it came today.

Here’s the funny thing about it.  IT HAS THE EXACT SAME TINY TEXT AS THE OXFORD COPY.  So they copied the original 19th century text and reprinted it?  Isn’t that too bad?  Oh, and the binding is broken too. 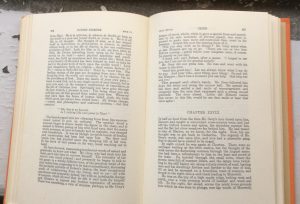 12 thoughts on “The Continuing Comedy of Small Print”