Julius Caesar (1953), with Louis Calhern as Caesar, Marlon Brando as Antony, and Greer Garson as Calpurnia.

Beware the Ides of March!

Julius Caesar was assassinated on the Ides of March (March 15) in 44 B.C.

At our house we always commemorate the Ides of March. Latin was our bread and butter, and that of many of our friends,  until we inevitably segued into better-paying professions.  At the lovely snob school where I taught, I was grammar-and-translation-oriented, but we treated this tenebrous anniversary as if it were a festival.  We drank “wine” (sparkling grape juice), played Julius Caesar Trivial Pursuit, and extra credit seekers recited 10 lines of their choice from Caesar’s Gallic War (usually a passage about the Druids, whom they weirdly loved).

Since you either don’t know or have forgotten all your Latin, here is a snippet translated by W. A. McDevitte and W. S. Bohn.

The Druids do not go to war, nor pay tribute together with the rest; they have an exemption from military service and a dispensation in all matters…. They are said there to learn by heart a great number of verses; accordingly some remain in the course of training twenty years. Nor do they regard it lawful to commit these to writing, though in almost all other matters, in their public and private transactions, they use Greek characters. That practice they seem to me to have adopted for two reasons; because they neither desire their doctrines to be divulged among the mass of the people, nor those who learn, to devote themselves the less to the efforts of memory, relying on writing; since it generally occurs to most men, that, in their dependence on writing, they relax their diligence in learning thoroughly, and their employment of the memory.

And since you may want to read a book or two by or about Caesar on the Ides of March, I recommend: 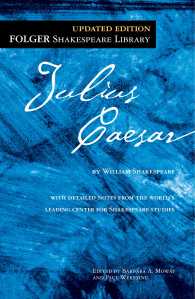 Caesar’s Gallic War, an account of his campaigns in Gaul.  Very elegant in Latin, fascinating even in English. 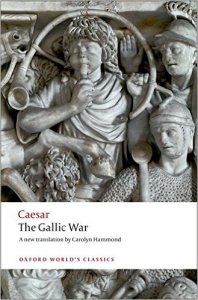 Caesar’s Civil War, an account of his struggle with Pompey to gain the leadership of Republican Rome. 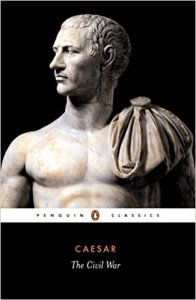 The Ides of March  by Valerio Massimo Manfredi (Europa).  This brilliant Italian historical novel is billed as a “political thriller set during the tempestuous final days of Julius Caesar’s Imperial Rome.”  And, by the way, I love Europa Editions, which publish so many remarkable works in translation. 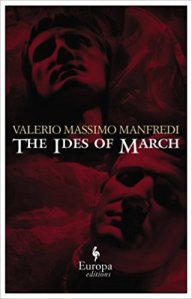 The Ides of March by Pulitzer Prize-winning playwright and novelist Thornton Wilder, first published in 1948, is billed as “a brilliant epistolary novel set in Julius Caesar’s Rome.” Honestly, I prefer Manfredi’s. 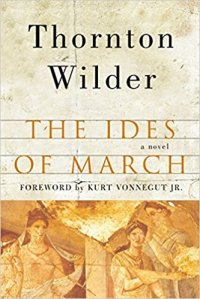 Caesar by Colleen McCullough (Masters of Rome, 5).  I’ve never read this popular series by the author of The Thorn Birds, but the Goodreads description says:  “In the long, fabled history of Rome, there was never one so beloved by so many–yet so feared and despised by lesser men whose power he eclipsed–than Gaius Julius Caesar. On the field of battle, he is invincible, and those who fight at his side would gladly give their lives for his glory. But even as Caesar sweeps across Gaul–brutally subduing the united tribes who defy the Republic–his enemies at home are orchestrating his downfall and disgrace.” 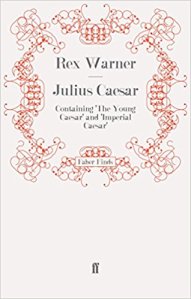 Rubicon by Tom Holland.  This compelling history is billed as “a vivid historical account of the social world of Rome as it moved from republic to empire…, [beginning] in 49 B.C., the seven hundred fifth year since the founding of Rome, [when]Julius Caesar crossed a small border river called the Rubicon and plunged Rome into cataclysmic civil war.”

And here is Casesar’s most famous tripartite sentence (the first), so savor the Latin:

6 thoughts on “Beware the Ides of March!”