I do not read beach books in the summer, unless they are literally beach books:  I recommend the Odyssey, Virginia Woolf’s To the Lighthouse, Mary Stewart’s This Rough Magic, and Gail Godwin’s Grief Cottage.

For summer reading projects I prefer classics, the kind for which you need an introduction and footnotes.  One summer my husband and I read Juvenal’s satires (at a coffeehouse called Cafe Diem).  We pored over Roman phrases, trying to decipher the slangy meanings our Lewis and Short dictionaries were unprepared to reveal.  And we found a little of Juvenal’s obscenity goes a long way… 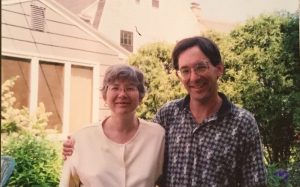 The summer we read Juvenal…

For six summers I comically tried to finish Hermann Broch’s novel, The Death of Virgil, a German classic which, via stream-of-consciousness, portrays Virgil’s dying.  I started it, abandoned it, and restarted it every summer… and after 100 pages I crossed it off my list as unreadable.  The sentences, which may be beautiful in German, go on for pages, Virgil grotesquely has an eye for the boys as he’s dying (one accompanies him from the ship to Augustus’s palace), and starting around page 100 Broch decides to arrange some clumsy sentences in verse. My guess is the lack of an introduction and footnotes is due to the unpopularity of the English translation.

Usually I enjoy my summer projects:  I loved The Histories of Herodotus, The Tale of Genji, and Durrell’s Alexandria quartet.

But this summer I am thinking of reading an SF/fantasy epic instead of a literary classic. Why?  Because I say SF is my preferred genre, and yet I’ve read remarkably little SF in the last few years.

Critics seem to be crazy about George R. R. Martin’s A Song of Fire and Ice series.  At The Guardian John Mullan wrote,

Any connoisseur of narrative drive who crosses that divide will surely be caught up by the sheer energy and inventiveness of Martin’s multi-viewpoint story. His is a peculiarly unidealising variant of AU (alternative universe) fiction. In the land of Westeros, a chivalric yet brutal pre-industrial world, warring kinship groups struggle for power. In the adjacent land of Essos – more primitive, even more thoroughly Hobbesian – a young woman descended from the ancient rulers of Westeros plots and struggles to lay claim to the land from which she is exiled. JRR Tolkien, who may not have invented AU fantasy but certainly was its most influential exemplar, gave weight to his imagined world with invented languages, legends, genealogies, poetry. Martin provides some of this, but devotes most of his energies to convincing the reader of the entirely human fears and ambitions of his leading characters. Tolkien gave us hobbits, orcs, elves and dwarves. Martin deals in men and women.

I am a “connoisseur of literary drive,” but there are 5,216 pages in the series.  Perhaps I don’t have to read all the books?

Should I read Ursula K. Le Guin’s Hainish novels, available in two Library of America volumes? But do I want to immerse myself in the Hainish cycle?  Some are great (The Left Hand of Darkness), some are mediocre (The Word for World Is Forest).  I have read a lot of Le Guin over the years.

How about Frank Herbert’s Dune series?  But I’ve heard the series went downhill after the first book (which I loved and wrote about here)… and then there are so many in the series, several written by someone else.

And  C. J. Cherryh?  I read her stunning, angst-ridden novel, Downbelow Station.  (and wrote about it here).  One of the best SF books I’ve ever read.  But she has written so much–a novel a year, I think.  Where do I start?

15 thoughts on “My Summer Reading Project: Which SF/Fantasy Epic Should I Read?”