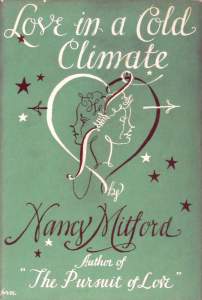 WHAT I JUST READ: Nancy Mitford’s Love in a Cold Climate.  This witty novel made me laugh so hard I didn’t scrawl any notes, so here is a random quote from a savvy, sympathetic, witty gay character, Cedric Hampton. When he shows up at the narrator Fanny’s house with a “thin and ancient horse,” her horsey friend Norma Cozens  indignantly says it must be put down immediately or she will call the RSPCA. And didn’t he know he could have bought a hunter with that forty pounds?

“But, my dearest Mrs. Cozens, I don’t want a hunter.  It’s the last thing.  I’d be far too frightened.  Besides, look at the time you have to get up–I heard them the other night in the woods, half-past six.  Well, you know, I’m afraid it’s ‘up before seven dead before eleven’ with one.  No, I just wanted this special old clipper-clopper.  She’s not the horse to make claims on a chap.  She won’t want to be ridden all the time, as a younger horse might, and there she’ll be, if feel like having a few words with her occasionally.  But the great question now, which I came to tease practical Fanny with, is how to get her home?”

I prefer Mitford’s books to almost anything.  Why don’t her books have the same status as Middlemarch? 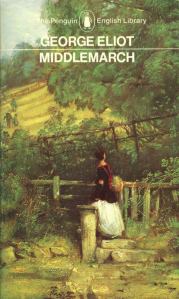 SPEAKING OF WHICH… The blogger Dolce Bellezza reports that she is co-sponsoring a Middlemarch readalong in May. Sounds like fun.  A couple of years ago I channeled my inner Dorothea Brooke and reread this classic, not my favorite Eliot, but it is her best book. Have you noticed how favorites (mine is Daniel Deronda) and bests don’t always coincide? I blogged about Middlemarch here. 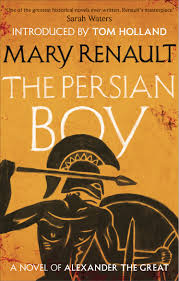 WHAT I’M READING:  Mary Renault’s The Persian Boy.  Although I loved the first book in the Alexander trilogy, I’m finding this one a slog.  Will I finish it? 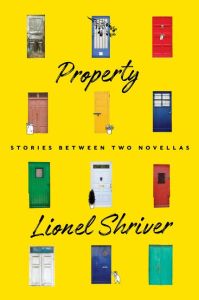 WHAT I WANT TO READ:  Lionel Shriver’s new collection of short stories and novellas, Property (here is an interview with her in The Guardian), and Rebecca Goldstein’s Plato at the Googleplex:  Why Philosophy Won’t Go Away. 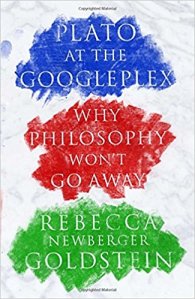 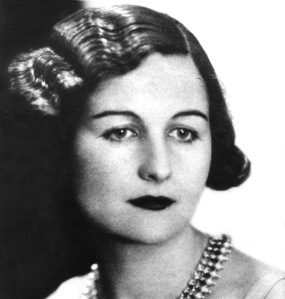 I love Nancy Mitford’s charm, wit, and intelligence.  I have read and reread The Pursuit of Love, Love in a Cold Climate, and Don’t Tell Alfred, her three novels narrated by the charming Fanny (and surely they should be collected in one volume, but only the first two ever make it into an omnibus).

Nancy, a friend of the comic writer, Evelyn Waugh, is an extremely funny writer, but, unlike my other humor idols, P. G. Wodehouse and Angela Thirkell, she has a serious side.   Her heroines fall headlong into a consuming romantic love that leaves time for little else, and isn’t this the way we all feel about love when we are young?  In The Pursuit of Love, Linda needs love so much that she keeps falling in love with the wrong men until finally by chance she meets Fabrice, a charming rich dilettante, who, after finding  her crying at the railroad station in Paris, installs her as a mistress in a very modern apartment.

I have recently read reviews of Lisa Hilton’s The Horror of Love, about Nancy’s relationship with Colonel Gaston Palewski, the French commander and associate of Charles de Gaulle who inspired the character of Fabrice in The Pursuit of Love, .

Since I don’t have a copy of  the The Horror of Love, I did the next best thing:  I reread Mitford’s autobiographical The Pursuit of Love. The novel is narrated by charming Fanny, the outsider, who was deserted long ago by her mother to be raised by her Aunt Emily, and is a frequent visitor of her cousins, the Radletts.  She describes the eccentricities of the flamboyant Radletts with grace and humor.  Fanny is a quiet presence in this book, and she and the outgoing Linda are one another’s alter ego. Fanny spends long vacations at the Radletts’, and Linda is her best friend.

The Radletts live at Alconleigh, one of the coldest houses in literature:  the central heating doesn’t work very well, and the fireplaces are ineffective.  The linen closet is the warmest room in the house, and that is where they spend their time.  But the “violent, uncontrolled”  Uncle Matthew is too busy to notice the chill:  he spends much time hunting, discussing animals with the gamekeeper, and rages when the children free animals from traps.

It is said that Uncle Matthew hates Fanny, because she is the daughter of an old Eton rival; he also hates her mother, “the Bolter,” a very funny character who frequently leaves her husbands for new lovers, and whose marriages nobody can quite keep track of. When the Bolter first left with one of her lovers, Aunt Sadie wanted to adopt Fanny, but Uncle Matthew informed Aunt Sadie that he hated children.  (They had only two then.)  Fortunately there was Aunt Emily, a single woman, to care for her.

But Uncle Matthew has his good side:  he organizes child hunts, giving the children a head start and then hunting them with bloodhounds, and Fanny and Linda adore it (as did Nancy and her sisters in real life).  And he also entertains Linda in later life, making a speech at the House of Lords about not letting women in because of the restroom facilities.  (I think it was the House of Lords:  I’m not British!)

Eventually, the children grow up, and Fanny concentrates on the vivacious Linda in love.  Linda is obsessed with love even in her teens, and spends all her time daydreaming, until an eccentric aristocratic neighbor, Lord Merlin, insists that Linda develop her intellect or she will bore people.

Love happens when Linda meets Tony, a banker, and, though Lord Merlin knows it will be a disaster, she marries him.  His conservative life-style is not for her, but fortunately, she meets a bunch of chatty socialites, some of them gay men, it would seem, who wait for Tony to leave the house and then spend all day chatting to Linda.  Next she marries Christian, an absent-minded Communist who barely notice her.  But life among the Communists is amusing for us.  When Linda works at the red bookstore, it finally makes a profit.  Mitford writes:

It was run by a huge, perfectly silent comrade, called Boris.  Boris liked to get drunk from Thursday afternoon, which was closing day in that District, to Monday morning, so Linda said she would take it over on Friday and Saturday morning.  An extraordinary transformation would then occur.  The books and tracts which mouldered there month after month, getting damper and dustier until at last they had to be thrown away, were hurried into the background, and their place taken by Linda’s own few but well-loved favorites.  Thus for Whither British Airways? was substituted Round the World in Eighty Days, Karl Marx, the Formative Years was replaced by The Making of a Marchioness, and The Giant of the Kremlin by Diary of a Nobody, while A Challenge to Coal -Owners made way for King Solomon’s Mines.

When Linda meets Fabrice, it is true love.  Both know at once that there is something different about their lvoe.  They love to chat, they both love Paris, they have good times together, and she adores being his mistress.

Then the war comes.

ON THE MITFORD INDUSTRY. Many bibliophiles, including me, cannot get enough of the Mitford sisters:There is “Mitford Industry,” as Jessica Mitford calls it in the introduction to the 1982 Vintage edition of Nancy Mitford’s The Pursuit of Love and Love in a Cold Climate.  Because of Nancy’s autobiographical novels, readers are obsessed with the family to the point that not only have there been biographies, memoirs, letter collections, and BBC adaptations, but even a musical, The Mitford Girls.

The six sisters are  Nancy, the great writer; Jessica, the Communist and great journalist; Diana, imprisoned for fascism; Unity, the Nazi; Deborah, the duchess; and Pamela, the rural one.

It was, of course, Nancy who started it.  Without her, there would be no Mitford industry.  If only she could have lived to see the unlikely fruits of her early endeavors.  “How I shrieked!” she would have said.

I would love to read all the Mitford industry books, and have so far read two biographies and two collections of letters.