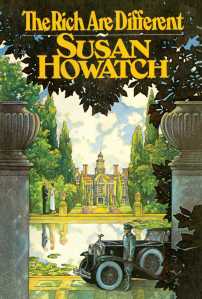 Are you a book snob?  I used to be.  My knapsack burgeoned with books: Lewis and Short’s Latin dictionary, the Allen and Greenough Latin grammar, Cicero’s Pro Caelio, Camoens’ The Lusiads (a Portuguese epic),  and, just in case I felt like committing suicide, Thomas Hardy’s histrionic Jude the Obscure.

But in my secret life–my leisure, I mean–I read mostly new literary fiction, books reviewed in The New York Times.

That’s how I met my husband. He, too, was a fiction junkie.  One morning I was standing in line at Burger Palace waiting for coffee, reading a  book by Ann Beattie. Standing behind me in line, my future husband told me he, too, was a Beattie fan; he had read her stories in The New Yorker.

Before long, we were book chat chums.  And, lo and behold!  he was a Latin student.

Our classics professors inhabited another realm of existence, the Upper Ether, where, as far as we could tell, they knew nothing of Burger King, literary fiction, or, God forbid, pop culture.   No, these were guys who talked about dreaming in Latin.   Then, one morning, in Age of Cicero class, the sophisticated professor started talking about Susan Howatch’s best-selling historical  novel, The Rich Are Different. To say we were surprised is an understatement.  He was brilliant, witty, and extremely demanding:  he could be sarcastic if you were less than perfect, so we took care to be. Why was he talking about The Rich Are Different?  It turned out Howatch’s  saga, set in Manhattan in the 1920s, was based on the period of Roman history we were studying, with Julius Caesar cast as a Wall Street banker who quotes Catullus,  Antony as his partner, and  Cleopatra as a British cosmetics tycoon.  (If you plan to read Howatch’s book, here is the list of Howatch’s  characters and their Roman equivalents at Goodreads.)

Naturally, I bought the book and loved it.

Was it reviewed in The New York Times?  Yes, in a round-up of three “novels of power.” The reviewer James R. Frake wrote,”The WASP hierarchy of the Eastern Seaboard move through the pages of this god‐awful ‘saga’ like balloon floats in a Macy’s Parade.”  But he  didn’t catch the connection with ancient Rome, which meant the NYT missed the point altogether. (People magazine got it!)  Years later, Howatch’s six-book Starbridge series about the clergy was so highly respected that one of my English professors taught a class on it.

Nowadays reading pop fiction is more acceptable.  Book review publications used to be aimed at  intellectuals, or, to be more accurate, probably upper-middlebrow readers like myself.   Nowadays, as they attempt to compete with Goodreads and social media, pop and literary overlap, and the lead review is as likely to be of the latest Stephen King as  the new Joyce Carol Oates or Margaret Drabble.

Well, there is some good pop lit out there.   Here is a list of pop novels inspired by the classics, which you may or may not have heard of.  Enjoy.

1.  Jo Walton’s The Just City (the first of a trilogy).  In Walton’s brilliant, if very strange, philosophical novel, The Just City, the bookish Athene, goddess of war and wisdom, decides to found a city based on Plato’s Republic.   Her brother, Apollo, bemused by the nymph Daphne’s dramatic rejection of his sexual advances (she prayed  for help and was turned into a tree), decides to participate in the experiment, because he, too, has read Plato, and he wants to be reborn as a mortal to understand the human condition.  Philosophers and other fans of Plato from different centuries are transported from different centuries to build the city.  And  Socrates turns out to be a great big trouble-maker who doesn’t approve of Plato’s republic a tall!

Walton, a Welsh-Canadian science fiction writer who has won the Hugo Award, the Nebula Award, the Tiptree Award, the Locus Award, and the Mythopoeic awards, read Plato as a classics major at the University of Lancaster.(You can read my post here.)

2.   The Ides of March  by Valerio Massimo Manfredi (Europa).  This brilliant Italian historical novel is billed as a “political thriller set during the tempestuous final days of Julius Caesar’s Imperial Rome.” 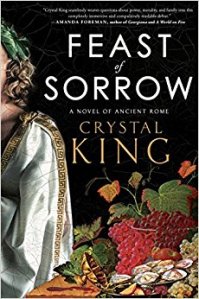 3.  Feast of Sorrow by Crystal King.  This clever, entertaining historical novel is my “to-go” book of the summer:  I carry it everywhere and read it at coffeehouses or in line at the grocery store.  Set in the first century A.D., it is narrated by the slave Thrassius, the cook (coquus) for the household of the wealthy  Apicius, a Roman gourmet thought to have inspired a Roman cookbook called Apicius.  In the novel, Thrassius writes the cookbook, and Apicius takes credit for it.  It is great fun to read about the dinners (cenae), but there are also fascinating political intrigues and personal feuds.    So far I am very much enjoying it.  Good pop fiction! 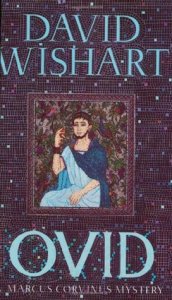 4. Ovid by David Wishart.  There are several historical mystery series set in ancient Rome: David Wishart’s Corvinus series is one fo the best  Here’s the Goodreads description of Ovid:  “Banished by the Emperor Augustus, the great poet Ovid was to die in exile. Years after Ovid’s death, Marcus Corvinus, grandson of the poet’s patron, tries to arrange for the return of his ashes to Rome for burial. When official permission is refused, Corvinus makes the dangerous mistake of asking why the Emperor has forbid it.” 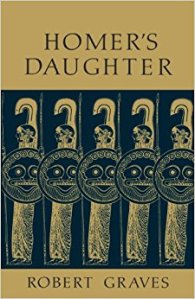 5. Homer’s Daughter by Roberth Graves. In Graves’ feminist novel, The Odyssey was written not by Homer, but by Nausicaa, the intellectual princess  in Book VI of The Odyssey. Graves’s Nausicaa, a priestess of Athena as well as a princess,  has listened all her life to bards’ poems about Odysseus’ homecoming. She narrates a political drama about the disappearance of her brother, her father’s search for  his son, political manipulations of rustic suitors, attempted coups, and homecomings.  As Graves says in his Historical Note:  “Here is the story of a high-spirited and religious-minded Sicilian girl who saves her father’s throne from usurpation, herself from a distasteful marriage, and her two younger brothers from butchery by boldly making things happen, instead of sitting still and hoping for the best.”   It’s not quite a classic, but it’s a splendid novel.

6.  The Theban Mysteries by Amanda Cross.  The feminist scholar Carolyn Heilbrun wrote the Kate Fansler mysteries under the name Amanda Cross. Here’s the Goodreads description of this well-written mystery:  “Kate Fansler is lured back to her alma mater to teach a seminar on Antigone. But a hostile note addressed to Kate, the uniform mistrustfulness of her six, bright students, and the Dobermans that patrol the building at night suggest trouble on the spot. As Kate leads her class through the inexorable tragic unfolding of Antigone, a parallel nightmare envelops the school and everyone connected with it. . . .”

7.  Summerlong by Peter. S. Beagle. This strange  urban fantasy, a retelling of the Persephone myth, set in Seattle and on an island on Puget Sound, is about climate change. A divine contretemps between Persephone and Hades results in a magical never-ending spring and summer.  Persephone has left her husband Hades and is hiding out in Seattle, and is working as a waitress. As you can imagine, both Hades and her mother Demeter are searching for her.  But in the forefront of the novel are protagonists who mirror the gods:  Abe, a retired history professor and a blues fan, and  Joanna, a fiftysomething flight attendant who loves basketball and is tired of flight.  (You can read my post here.)

8. Lavinia by Ursula K. Le Guin.  In Virgil’s Aeneid, a civil war is fought over Lavinia, a princess in Italy.  The hero Aeneas, leader of the Trojan refugees,  must marry her to cement the bond between Trojans and Italians and found what will later be Rome.  Le Guin tells us the story from Lavinia’s point of view.  (Full disclosure:  I’ve tried this twice and not finished it, but perhaps three will be the charm!) 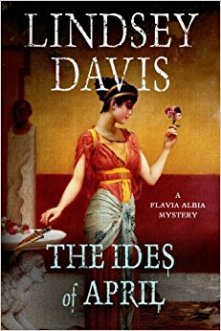 The witty writing is excellent in both  series. Davis’s The Jupiter Myth begins,

“It depends on what we mean by civilization,” the procurator mused.
Staring at the corpse, I was in no mood to discuss philosophy.  We were in Britain, where the rule of law was administered by the army.  Justice operated in a rough-and-ready fashion so far away from Rome, but special circumstances meant this killing would be difficult to brush aside.

What pop books are you reading this summer?  Not necessarily inspired by classics!